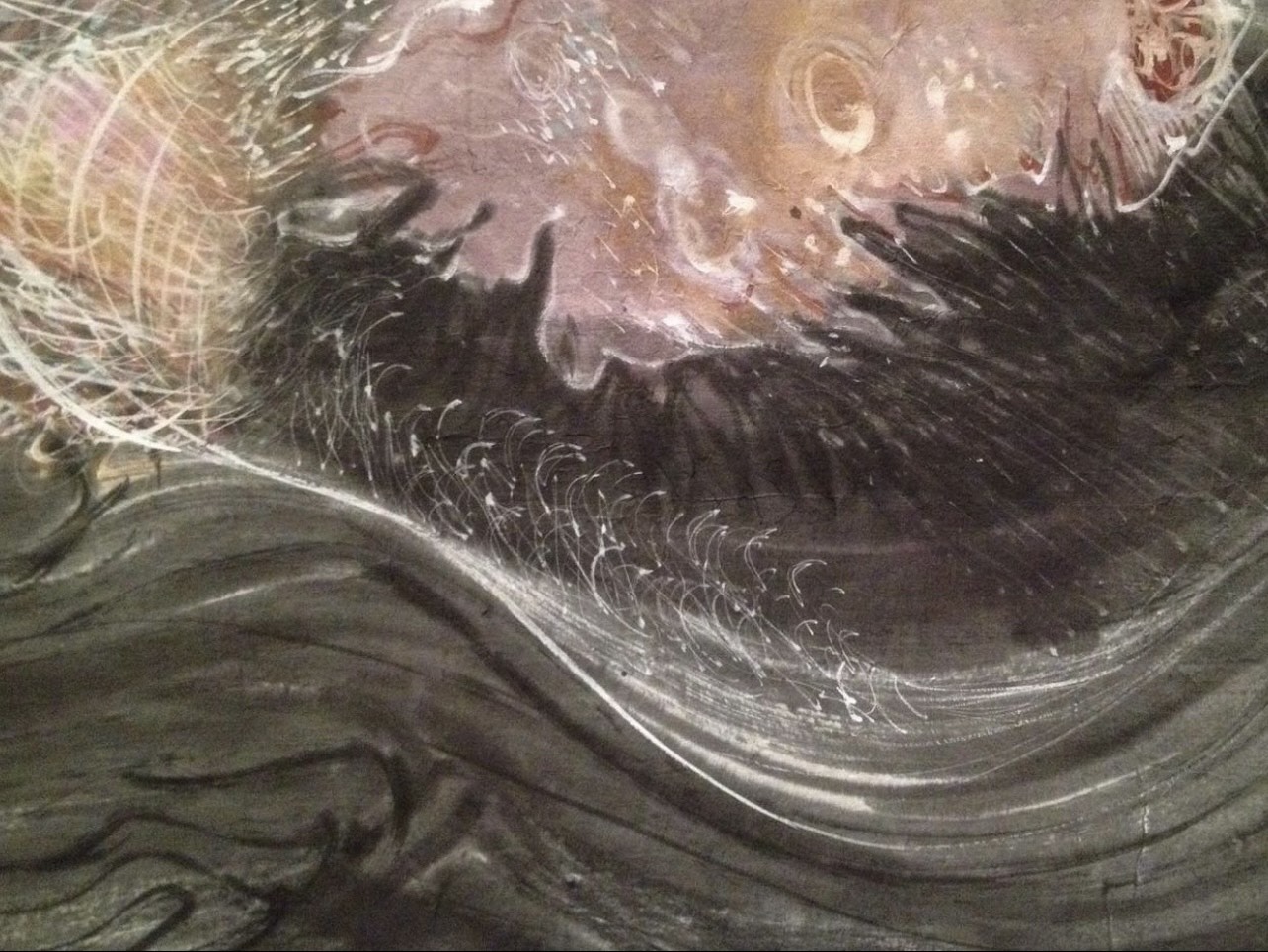 Today’s New Moon in Aries has commenced the first full lunar cycle of the zodiacal year conjunct Chiron, while their ruler Mars nears its conjunction with Saturn in Aquarius on Monday and the steeping of Jupiter and Neptune together deepens.  The primal scream, with a paradox of detached perspective and full immersive effort to boot.

Chiron is an asteroid archetypally associated with the healing arts, wisdom and sacrifice, just as the mythological Chiron demonstrated knowledge and oblation distinguishing him from the perceived savagery of the other centaurs.  These dynamics add layers to the suchness and momentum of the New Moon in Aries’ forward thrust.

The presence of Chiron in the energetic complex of this new moon, and the nature of Jupiter’s dignity in Pisces as it joins Neptune, helps sensitize us to the reality of our will and its impact in people’s lives.  ‘Getting out of your own way’ as a bridge to others in relationship or community, and the karmic nuance of how this can be done for both personal sovereignty and that of another person.

The fiery cardinal spread beginning this lunation is already well affected by Mars’ rulership from its obstacle-oriented conjunction with Saturn in Aquarius, and the nearing Jupiter-Neptune conjunction in Pisces that exacts on April 12th will longer permeate the vernal transits shifting around it with a blend of fortune and imagination, immersion and illusion — questions of what is real, or what ‘type of real’ something can lay claim to.

With the emphasis on Mars and Jupiter in the present sky, it serves us to remind that there is some degree of implicit tyranny in imposing one’s thoughts, views and intentions on the world, like the brushing away of spider webs from an insect’s vantage.  To act in alignment with one’s beliefs can be seen as glorious or fundamentally insane by another person depending on where their convictions lie.  The core absurdity and tragicomedy of this reality make up one of the secret strata of meaning in the natural opposition of Fire and Air signs across the zodiac.

The Book of Thoth and its attributed names for each decan of the zodiac (many of them direct extensions from the hermetic Book T) evoke this, such as the present second face of Aries, “Virtue”, and the polar middle decan of Libra, “Sorrow.”  Many such ‘Fire/Air pairings’, whether between signs or decans therein, evoke a dynamic of ‘acting in alignment with’ or ‘contrary consideration / divergence from.’

The mental anguish one can experience as a result of these thought-action seesaws is a hallmark of ‘the malefics’ Mars and Saturn together in any of the Air signs, perhaps no less Aquarius with Saturn at home there.  Mars as both the Sun and lunation’s ruler puts the full force of its personality into moving through obstacle, especially in proximity to Saturn where a gridlock of mental tension might emanate as much as intellectually or philosophically informed efforts might deepen.

As I wrote in mid-March, Mars in Aquarius is both misanthrope and maverick world architect, described by societal frameworks and one’s perceived separateness from them.  It is the modification of circuitous systems, and the hidden masochism of the delighted exile — the rebel, the eccentric, the divine outcast.

While Mars-iness is a headline with any Aries signature, Venus now at 25° Aquarius finally moved past Saturn on March 28th, ending her three weeks of enclosure between the red planet and the time-binding planet, with the cool romanticization of one’s separateness she already brings in that sign  Both these malefic forces, brusque and bludgeoning or cold and negating, have been moving through Saturn’s diurnal home at their respective paces.

(For review: Saturn first came back around to the ‘fixed air’ sign of Aquarius in March 2020, coinciding with the initial three months of the coronavirus pandemic in the United States’ corner, and a bursting forth of the Black Lives Matter movement upon the murder of George Floyd.  From here, the gatekeeper Saturn retrograded back into Capricorn before manifestly reentering Aquarius on December 17th, 2020 to stay through March 2023.  While Saturn has a ~29.5 year orbit around the sun and thus spends ~2.5 years in each zodiacal arc of the ecliptic, Mars has a ~686 day orbit around the sun — and barring retrogrades along the slower parts of its synodic cycle, spends a few months in each sign.)

We had Venus conjunct Mars upon their ingress into Aquarius on March 6th, her subsequent enclosure between these gods of war and famine, her emergence from between them on the same day that Mercury entered Aries, Mars about to conjunct Saturn, and Jupiter about to join Pisces in similar configuration… so it’s possible the past month has seen an influx of themes soon to be more actively reinforced:

With the Star of Aphrodite passing Saturn just four days ago, it’s likely that major development around these dynamics is still taking place.  ‘I’m trying connect with you on this, receive you, relate.’  But with Mars and Saturn still close, the sense of stuck-ness might not fully abate.  Bridges, reconciliations, peace-making and the like tend to be themes with Venus in the Air signs — and Mars longer in the mix, the restoration of something to an ideal, or the struggle to reconcile mental ideals with external realities, as can be emphasized with Aquarius in particular.  It’s not that one outcome or another is necessarily guaranteed, but that the ‘question of’ these things tend to show up more under such configurations.

With April’s arrival and the cold fire amidst, conversations are speeding up surrounding what might have felt separate, stuck, conflicted, or without particular harmony.  However, like a smack to the face, that doesn’t mean the speeding up of dialogue is necessarily bringing much harmony.  Conflict and the soft underbelly of aggressive tendencies might emerge with the Sun and Mercury in proximity to Chiron in Aries.  Despite the increase in exchange, and sense of progress due to Venus moving past the malefics, their approaching conjunction on April 4th affords its own frictions similar to those listed above.  The Jupiter-Neptune conjunction in Pisces following on the 12th brings a sense of belief/confusion, openness/merging, enchantment/disillusionment dynamics I will elaborate on further as the month unfolds.

These aspects all hold their own myriad concentrations and pivot-points.  The joint tension between Mars and Saturn suggests that part of this lunar cycle’s opening drama will see people throwing the full force of themselves into what is perceived as an obstacle.  This can yield much progress, if not blind belief — even zealotry, as a functioning Jupiter can still send down.  Whether these aims are in utmost alignment with our growth remains to be seen.  In anticipation of her newness, Luna moved over Aquarius and Pisces, these two adjacent signs’ action and their classical aversion to each other like a reminder — the fullness and absence, waxing and waning of our human efforts to reconcile heart and mind.