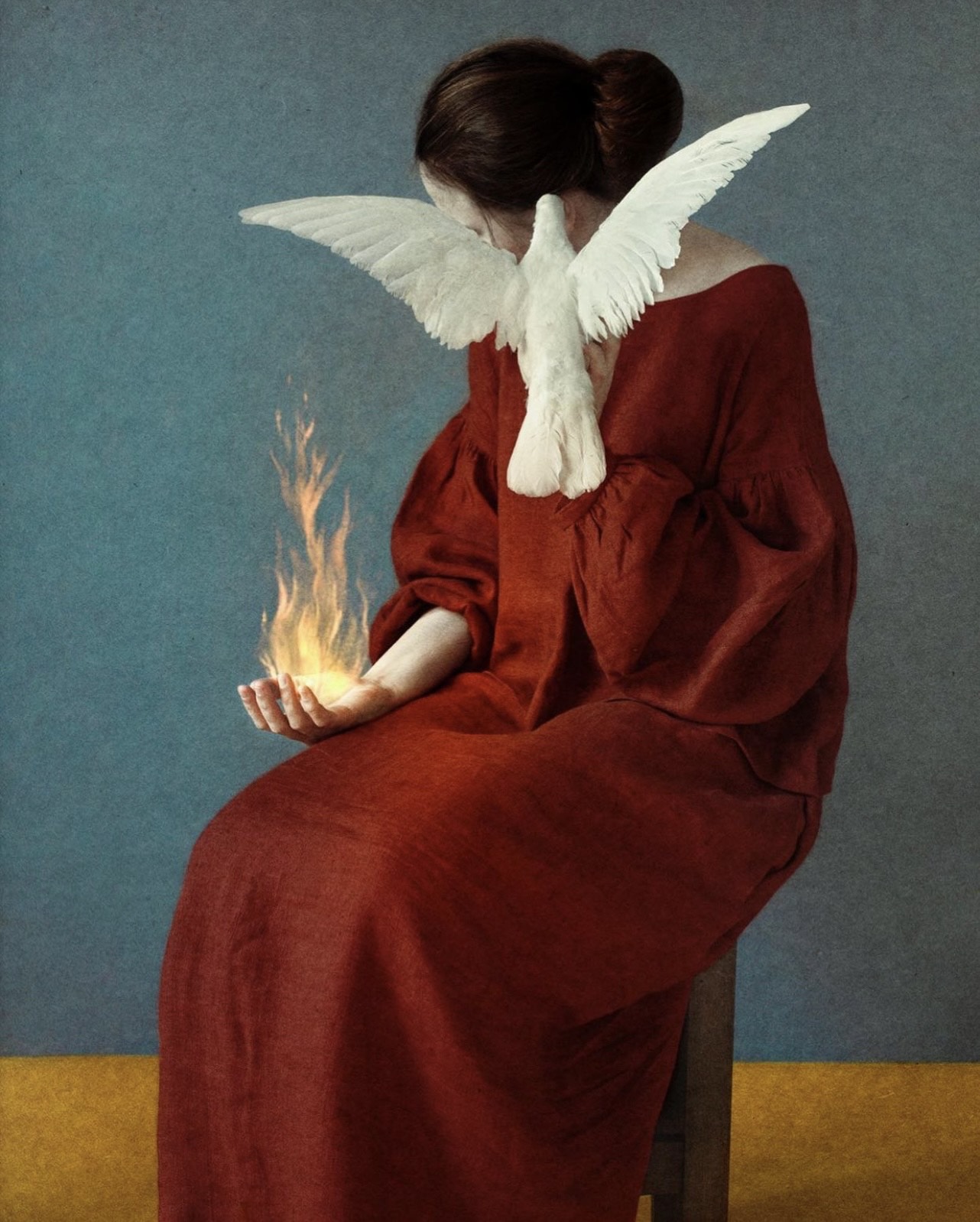 The Sun has entered Aries, marking the Spring Equinox in temperate regions of the northern hemisphere and equidistant point between the two solstices, where summer’s waning of peak light and winter’s slow return of light are celebrated.  Aries’ energy is like the verbiage of the seasons instigated by the cardinal yang axis of which it is part — ‘Spring’ and ‘Fall.’  Aries is a vehement push outward, a very instinctual suchness of vision externalized in bold movements — the willing forward of personhood as spirit is enfleshed with the seasons.

The first decan of Aries is called ‘Dominion’ in The Book of Thoth, as new life is filled up with swirling components of the inner daimon spat forth from a streaming piscean continuum, perhaps.  Already in a Mars-ruled sign, this face’s rulership by Mars reinforces the ‘cord-cutting’ necessary after birth, as Austin Coppock deftly emphasized by naming Aries’ first decan “The Axe” in his eminent work 36 Faces.

Some will see blossoms of new life promised or already peeking through.  Some will see the martial ‘God of War’ speaking through vast digital echo chambers in Aquarius, a holographic hall of mirrors with groupthink and doublespeak like a tryptamine Tetris effect, the Beast’s many eyes all replaced by politician bobbleheads, Putin-like or pick your stand-in.

While the fixed fire sign of Leo is the Sun’s domicile or home, Aries is the sign of its traditional exaltation.  At present, Aries’ ruler Mars — along with the ‘greater malefic’ Saturn — have enclosed Venus for some days now, as they will until March 28th when Venus passes slow-moving Saturn along the ecliptic.  The Star of Aphrodite is between their orbits, sending a message of boundary, dissociation and hard limits as much as the present spread of planets in Pisces speaks bounty, dissolution and heart openness.

This past lunation, at its fullness in Virgo, piled onto the dichotomy between compassion for the spectrum of human experience — and the critical demons which pierce through any worldly consideration into the particular life, risking that we fall out of present love, as one’s eyes might glaze over miring in collective situations.

The ingenuity yet fixity of thought that characterizes Aquarius, where Venus is presently besieged, lends itself to acceptance and appreciation of the novel identity, yes.  But the other edge of this sword risks abstracting too much novelty from a given prospect — whether a potential love or a people’s suffering.  The idea of the ‘next new’ thing, or the witnessing of war through a screen within a screen.  Air, the element of Aquarius, can sometimes fetishize ‘the idea’ by default.  There is a dimension of necessity that distinguished fetishes from kinks, something that one might rather not acknowledge if you eat your heart out doom-scrolling.

Permission to fall in love with existence, as the astrologer Diana Harper wrote about, and the everything of its flaws, is a lesson spoken by Venus’ transit between the malefics while Jupiter’s in Pisces’ compassion is highlighted.  Mercury in its fall is conjunct the big planet on this equinox, and the mind drifts in a hopeful and connected state amidst the compromised place of Venus.
Additional themes to look out for ~

* liking the idea of something more than you actually like it, and reconciling this with your heart’s ongoing openness in the present moment

* dreams of plague, perversion, prophecy, hope, laughter, shared experience
* a general acceptance of the flux of things as they are

* seeing the childlike, wounded but essentially beautiful dimensions of people failing to understand each other, even massacring each other, as an inescapable expression of humankind’s struggles to ‘get back together’

* a love of everyone but aversion to ‘any one’, a hunger and a stifling, a rediscovery of self through collective dreams, longings, afflictions and faith amidst them

As Rob Brezsny wrote today, “I invite you to meditate on the relentlessness of your yearning for love.  Recognize that your eternal longing will never leave you in peace.  Accept that it will forever delight you, torment you, inspire you, and bewilder you.  Understand that your desire to give and get love will just keep coming and coming and coming, keeping you slightly off-balance and pushing you to constantly revise your ideas of who you are.”

Venus, Mars and Saturn in Aquarius will have it that as long as a story exists as an idea to be embodied, it will not go away.  That includes war-making. You cannot excise a role from the archetypal theater speaking through collective mind, and you certainly cannot petition Mars out of itself.

Mercury, Jupiter and Neptune in Pisces might have it like Miyazaki’s writing upon the close of his film ‘The Wind Rises’… “You must live.  But now, shall we drop by my house?  I’ve some very excellent wine.”

We struggle off-kilter to love, in and out of synch, perpetually thrown from and brought back to equilibrium by mind inhabiting body, and the multiplicities our spirit-souls behold.  Swim well, stargazers ~