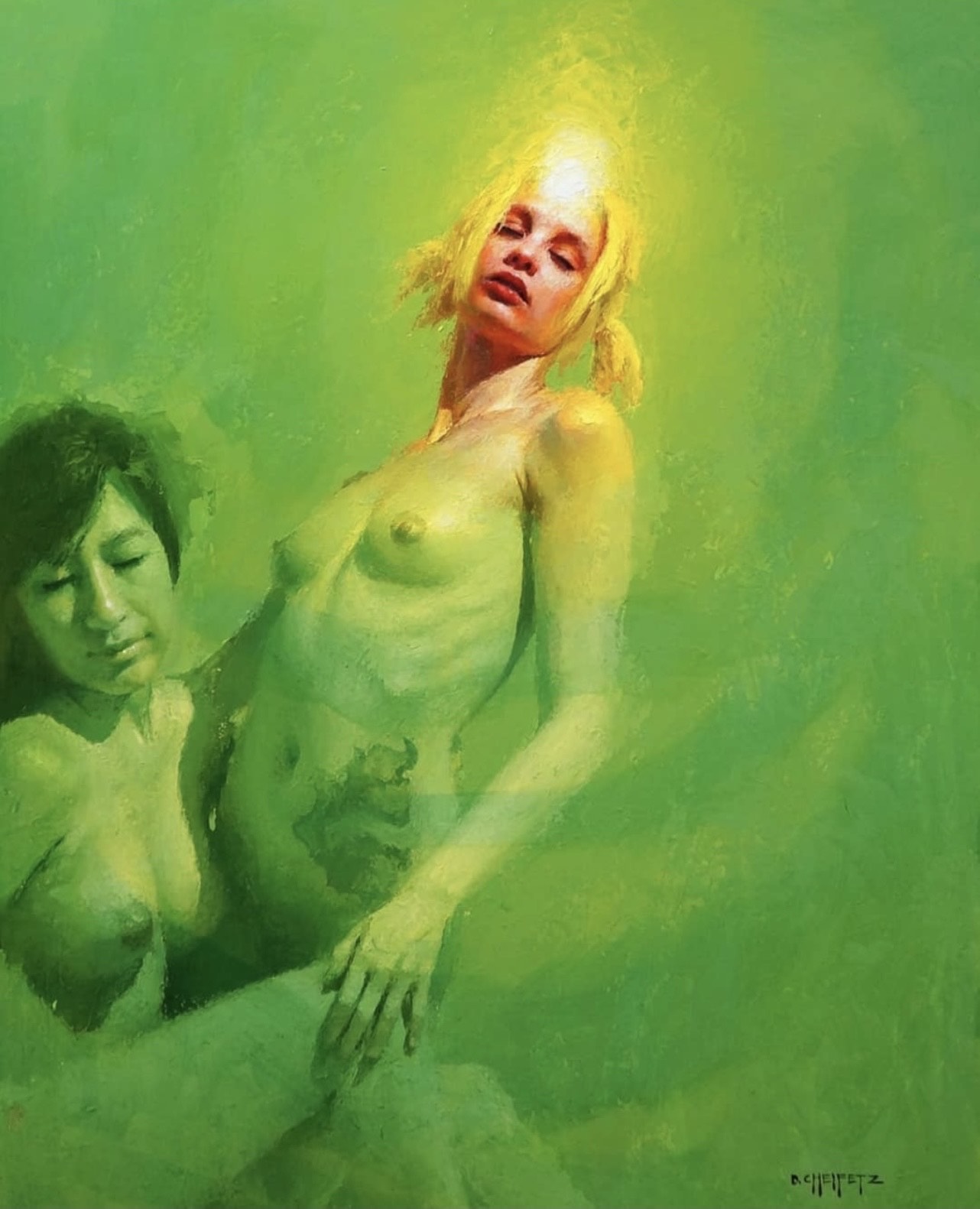 The Summer Solstice is upon us, the longest day of the year in temperate parts of the Northern Hemisphere. It is this day, on which the Sun enters tropical Cancer, that commences the waning of peak light which summer holds.  Perhaps that is what endows those born during this time with an associated effort to maintain and nurture continuity, like waves lapping in changing yet reliably arriving rhythms.

This instinct to stay continuous is not necessarily an obstinate fight as one might sometimes arrive at maintaining anything in this life.  Although the energy of Cancer as a sign is, while often sensitive, just as capable of instigating or bearing down in defense of its own.  Staying continuous can take the form of growth, support and nourishment, and it can lean towards protection, strength, defense, even an emotionally territorial or ‘don’t fuck with my people’ type of attitude.

Like primordial waves lapping at the shore, stirring limbless sea creatures into an evolutionary push to take to land, the stirring energies of Cancer seem to have a particular keenness on cycles.  The desire to nurture a person or endeavor or see it through to an abundant state.  The awareness of roots, lineage, of maintaining connection to that which came before, from dusty vinyl to deities communed with.

The first decan or 10° period of Cancer is called ‘Love’ in The Book of Thoth, and within in it themes of matriarchal relevance are often emphasized — preeminent at Cancer’s core, the nature of receptivity and ‘the feeling body’ in its most undifferentiated state.  The year’s moments of peak light are naturally cradled by the cardinal water sign, one of yin or ‘feminine’ polarity, Cancer representing in very visceral ways an ultimate receptivity to the Logos.  This does not dictate that all those born under the sign are receptive characters, but rather that a carrying or continuity of light is in question.  Leo, at the center of summer, is a type of assertion in awareness that the light is fading and must be maintained in some way.

For me, an intimate dialogue with the decans as faces of each sign, and narratives within the story of the zodiacal year, has played a large role in my visceral understanding of astrology since 2009 when I first became aware of them.  In fact, I knew of minor dignity and the Chaldean order before I ever focally used essential dignities ‘ground up’ in my readings.  I find the rewards of decanic knowledge to be nearly endless in my life, a bounty that keeps on giving.

This solstice was ushered in by the Moon late in Pisces making a square to the Sun in Gemini before it entered Cancer.  The Moon, soon after into Aries, conjoined Jupiter and now makes up a spread in the sign of the Ram, where Jupiter, Mars and Chiron have for weeks been co-present.  There may be a passion, aggression or gnawing divine impatience which one might find both pacified and challenged by the Cancer Sun, and the approaching union of Luna with it by the new moon at month’s end.

Compared to May, June tiptoed in with calmer varietals, but has risen to climaxes that are bound to display a different landscape of life by said moon.  The fast-paced developments this Spring has brought make the changing arrangements of our lives not altogether unforeseen, quick though they might be morphing.  This transit of the Sun into Cancer and the coming New Moon in Cancer may bring a more emotionally vested ‘rooting’ of sorts than the mental worries the springtime occasionally mired in.

This past weekend’s Venus-Saturn square, which the former planet is moving forward from, struck a juxtaposition between love and hard limits, beauty and boundary, desire and delay, wealth and time investment… amore and age, emotions and expirations, quick developments and upsets among all things venusian, affected not only by positive growth but by setbacks the same.  The gravity of bonds weighed against the inescapability of Kronos.  Despite Venus’ undeniable dignity in nocturnal (yin) home of Taurus, this engagement brought the planet of love and harmony into conflicting aspects over the past month or so.  The Star of Aphrodite tomorrow enters Gemini, which will bring a much lighter and conversational tone to our social or love natures.

One might also find that a cool realism permeates atmospheres otherwise pointing toward optimism and bounty.  The very different dynamics that Venus has engaged in with Saturn and Neptune the past few days, by square and sextile respectively, have arranged the theater as we mount approaching choices between pressing desires and practicality, “pipe dreams and pragmatic plans” as Rick Levine put it.

This contrast between the cutting board of ‘things as they are’ and our gently neptunian rose-tinted glasses found some emphasis on the eve of this solstice, as the Moon late in Pisces made a conjunction to Neptune at the 25° through the sign.  This aspect, like some of the longer ones surrounding, is a faithful if not illusion-prone transit, tempered by the Moon’s fleeting nature.  It is a place where we might have drawn emotional nourishment before Luna’s movement to emboldened Aries.

As the Moon neared the end of the Fish, it drifted to a square with the Sun at the final degree of Gemini, the Last Quarter Moon still present today, doubling down on possible conflations between compassion and critique, desire and diminishment, hopeful delusion and stifling saturnian realities. ‘Releasing’ these things coincides with this solstice, as our present Moon’s conjunction with Jupiter earlier today brought momentum.

With Mars and Chiron’s proximity together in Aries, much has happened since May to inject momentum but challenge our patience.  However, the dynamic creative force they have lent, along with Jupiter’s co-presence in the Ram ruling last week’s Full Moon, cannot be undermined.  Many new directions are being forged, and some will involve damage control in ways of compassion that don’t always come easily to uncompromising vision.