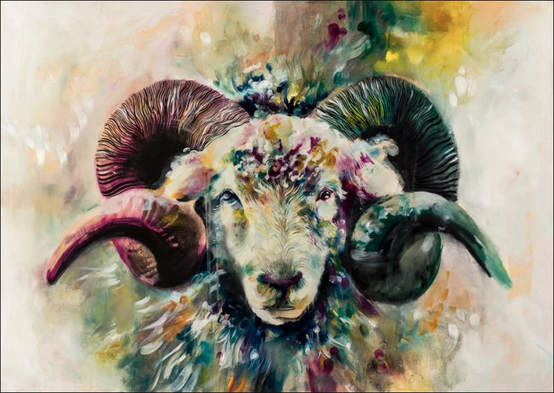 The Ram, and the Breaker’s tenure in it, are overtaken by the floral beauty and chaotic blend of Uranus in Taurus.

I have emerged from a two month hiatus during which I published no writing, opting instead to make some big moves behind the scenes as well as continuing to draft ideas for two very different podcasts.

This well-needed break, although I have written throughout it, has me feeling at once invigorated yet a bit spiritually fatigued from the intensities of events that took place during my respite.

Having Pluto transit your natal Moon to the exact degree can be pretty intense…ly unpleasant, even if life is going swimmingly — work, finance, health, relationships, you name it.  That was me in recent weeks, Pluto retrograde at 21° Capricorn, right there on my birth Moon.  Doing more than fine, just with mad existential angst.  And occasionally mistreating people who super matter to me.

I’ve had some big breakthroughs, and seen some major explosions.  Decay, regeneration, and massive energy injection surrounding many different narratives relating to the feminine, the emotive, the receptive, the imaginal… all Pluto pouring out that cauldron into swirling waters.

Yet breakthrough is a word more associated with Uranus, whose entrance from Aries into Taurus on May 15th is not only the biggest celestial transit to have taken place during my time off from publishing, in entering Taurus it jolted my 7th House of Relationships (being that Scorpio rules my 1st).  Excitement, disruption, quick morphings and uncertain futures abound.

Electrifying, revolutionary, chaotic and rapid-fire changing are dynamics associated with Uranus and, pound for pound, lightning bolt for bolt, this shift is probably the biggest event of 2018’s zodiacal skies.

Uranus has an 84-year orbit around the Sun, spending roughly 7 years in each sign.  This also makes it the furthest planet from the Sun one can live to experience a full revolution of.  Breaking its orbital period into twelve different 7-year segments, we can see each sign of the zodiac as representing a 7-year slice of life, in sequence.  All cycles are analogous to each other, folded over again and again with infinite richness to be mined from it…

We might see age 1 to 7 as the raw primacy of willpower emblazoned by Aries, the Ram, Mars-ruled, new to this world, filled up with spirits and headfirst, bumping into that table corner, crying and getting back up, as if there were no limits, as if pretending such is what it takes to get it done.

We might see age 7 to 14 as the dawning increase of physical self-consciousness, beauty and the development of stronger material values as Taurus, the Bull, Venus-ruled and beginning to embody everything from her aesthetic dimensions to her social awareness.

We might see age 14-21 as compounding mental capability, and changeability, sung by Gemini, the Twins, Mercury-ruled, witty, changeable, and yes, sometimes caddy and cruel… the brotherly and sisterly dimensions of studentship, the ability to mediate different ideas, the communion in the universe-within-neighborhood.

We might see age 21-28 as the deepening awareness of one’s receptivity to the vision, the life path, the gravity towards love, toward starting a family, toward fostering sense of continuity in the lives of others through ones own work, as Cancer, the Crab, ruled by the Moon.  It is a generality, but many who have children in this age range or younger lean toward family orientation over career — not that the two are at all mutually exclusive.

We might see age 28-35 as the beginning of a long creative culmination, of stepping into the full agency of what one does, career comfort, confidence, as Leo, the Lion, ruled by the Sun.  It is again a generalization, but many who have children in this age range or later have already put significant, long-lasting effort into reaching a certain point in their careers before deciding to have children.

It’s beautiful the way all cycles are self-similar.  And these particular sign qualities, while often echoed by these periods of life, are no law and only scratch the surface of what it's like to look through the jewels, holding them in the light.

Of course, this technique of looking at the signs of a Uranian Cycle as analogous to different segments of life, typically relates more to the astrology of an individual than of a society. So what might Uranus’ alignment with zodiacal Taurus for the next seven years, mean on more collective levels?

New ways of thinking, and looking from the outside in, reset our physical operating systems…

Taurus, being a Venus-ruled sign, receives a dose of Uranian chaos and we begin to look at relationships differently; relational scenarios dance like sparks on the horizon, bound to shoot in any direction…

Uranus, itself associated with astrology in more modern schools of thought, grows out of a relatively short era of being seen as disruptive, ‘outsider’ or irrational… to being a part of the fabric of daily discourse, tangible, earthy like Taurus and its pastures.

Astrology surges in popularity, largely intertwined with self-empowerment in the LGBTQIA communities.  This reinforces Uranus’ relationship to astrology itself, as well as Venus and Taurus’ association with the body.  Understanding the fluidity of archetypal expression and gender as a spectrum nurtures self-acceptance among all; the marginalized receive respect and feel more comfortable in their own skin… also Venus’ airier association with societal peace…

Cryptocurrency points to a new grassroots wealth security…?  Yet it may also paradoxically, through blockchain, store myriad codes protecting those deviances which rest in the perversion of children to serve ones own mental and sensual self-indulgence… a tragic, quite earthy and airy confluence…

Spotify is widely reported to be valued at more than the music industry itself… the bedroom beatmaker and those frolicking in private sonic landscapes now have a better chance at making a living, a digital platform equalizes the playing field…

You name it!  Feel free to get at me with some of your anecdotes from recent transits.