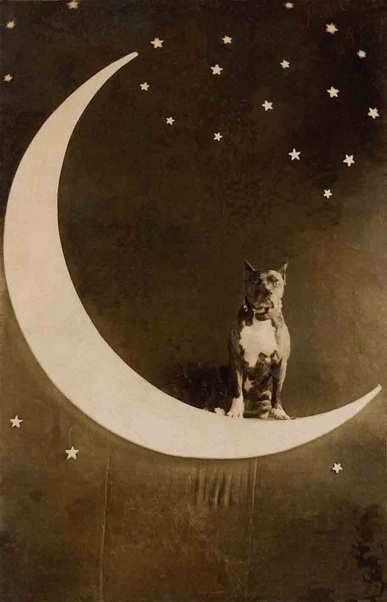 ( For the Gemini Sun and its playfulness, for the Virgo Moon and its connection to small animals and pets.  This writing is also my latest feature on Reality Sandwich. )

With the recent passing of my beagle, the first animal companion ever to grace my life, I feel compelled to share something I often enjoy sharing with others.  Hat tip to my friend Adam Elenbaas for prompting me to get on that while we were talking the other night.  It is a particularly symbolic time, after all.  These words are about the yin and yang of cats and dogs, and how they mirror the duality of the human psyche.  It’s usually a conversational flow, one I’ve planned on writing down with the rest but hadn’t gotten around to.

I’m going to preface with some gushiness, and I will tell you this is all headed in a more nuanced direction than you might expect.

I’ll never forget the day I met my dog Toby Wan Kenobi.  Andy Straub, one of the guys who helped renovate my mother’s North Side home, knew we wanted a dog.  One afternoon he showed up on our doorstep with this shoe-sized beagle in his hand.  Hearts melted.

Toby epitomized the receptivity and loyal nature that dogs are known for, perhaps in contrast to how most cats are perceived.  He was a particularly watery, loving kind of personality, bound up in a strong vessel with a great nose.  It became a trademark line from girls at the kennel when we dropped him off, “When I die I want to be reincarnated as your dog.”  Not just because of how awesome he was, but how we smothered him with affection.

If you walked up to him with your arms outstretched, he would instantly roll over, tail wagging, waiting for his belly to be rubbed.  He loved that at least as much as filling said belly with whatever garbage scores he could devour after sneaking out the front door or back gate.  The sounds of chicken bones snapping in his mouth, whether chasing him down or watching him get lucky in the kitchen, are definitely etched into my the scenes of my memory.

See, when I talk about a receptive, loving, attentive personality bound up in the more aggressive incarnation of a dog’s body, I’m speaking to a timeless duality folded on itself.  Psyche, sex polarity, gender expression — these are all spectrum type things.

There’s no absolute black and white, even though dualities do exist.  There’s up down, north south, light dark, projective receptive, right wrong, dadada… and everything in between.  To consider all of these dualities the same thing would be naive, but they are all expressions of twoness — not a quantity of two, but the quality of perceived opposition between two complementary parts.

Allow me to elaborate.  I’m going to.  For awhile.  Strap in.

Dogs, canines, are often characterized as ‘boyish’ and ‘masculine’ in form — solar, forward, “let’s go” kind of personalities, despite all the beautiful variation each personality will naturally take on.  Cats, felines, are often characterized as more ‘girlish,’ ‘feminine’ and elegant in form — lunar, inward, “I’m gonna knock this over and just kind of watch your reaction.”  And the nuances different cat personalities take on often go far less appreciated, especially by people who don’t understand cats.  (Wait, that’s everyone on this planet.)

Dogs, in contrast to their ‘masculine’ appearance, typically embody the more feminine or receptive half of each human and earthly creature (particularly mammals).  They are more loyal, attentive, submissive — many worship you or cower at your feet, even if you suck. They take orders and learn tricks easily.  They follow scents naturally, yet more accurately as trained.  They sniff out cancer — a disease where cells overproduce their roles, often due to excessive behavior or intake (analogous to solar, egoic over-projection).

Cats are pretty much the inverse. In contrast to their ‘feminine’ appearance, they are more independent, aloof, dominant killers, even if out-alpha’d by other cats around them.  They’re definitional, doing time shares on houses and rooms within them.  Almost never will they submit — if you suck, they’re gone, whether that means out the door or taking up residency under the couch.  You have to learn how to stroke them, how to adapt to their speed and comfort zones.  Some like scratched at the third eye, some only behind the ears.  Most can’t figure out if they like it near the tail. (lol…)

Dogs will let you hug them even though recent science shows they don’t like it — just because they pick up on how emotionally fulfilling it is for their humans!  This isn’t to say that dogs aren’t also creatures with variation in their demands, but I’m not really here to split hairs.  I’m talking about a pair of species who mirror the duality of the human psyche, folded on itself.

Uh oh!  Let’s reaffirm some foundations of language.  Just in case we’ve confused, say, those of the more literalist streak in social activism, who too often fight the patriarchy with the same kind of linguistically mired, hyper-definitional labels that helped bring it about.

When I use the words yang or solar, yin or lunar, to describe a dynamic — ‘masculine’ or ‘feminine’ to describe a quality — it does not necessarily mean a given quality characterizes men, women, or any identification in between more than another.

Language is based on sex polarity.  And so for obvious reasons, more projective, extroverted qualities are considered more yang or ‘masculine’, more receptive, introverted qualities yin or ‘feminine.’  Men too have the nurturer in them, women the warrior within, no doubt.

One of the most daunting cultural neuroses on its way out the door, especially prevalent in the West, is the expectation that a person’s behavior must strictly match their physical sex polarity.  Men are often bullied in early to mid-life for emotionality, overrun for sensitivity — women berated for leadership qualities, combatted for self-assertion.

Objectivism is the umbrella problem to such sexism — as well as racism.  Specific strains of racism are considered worse than others, not always based on historic cultural atrocities and ongoing tragedies, but on observed polarity of physical features!  Such harrowing behavior unconsciously reinforces the same problems, because it overemphasizes more static differences of the outer self, to negligence and suffering of the fluid, all-encompassing inner self.

What’s more, while dogs have been domesticated and trained for tens of thousands of years, recent studies suggest that cats were first ‘domesticated’ (if they even are) in Cyprus some 8,000 to 9,000 years ago — they were drawn to our grain stores.  This certainly raises interesting connections between the solar tendencies of cats and agricultural society as fertile ground for patriarchy.

… Right, back to the animals we half came from.  I tend to laugh every now and then when I hear someone say they don’t trust a person who doesn’t like dogs.  Yes, dogs are awesome.  They’re lovely, like any animal, and in their own ways.  But dogs also attack people with more potential damage than most cats can levy.  Ample reason for some people to be afraid of dogs.  Cats?  You don’t like cats?  Sorry you weren’t subtle enough to make one comfortable!  See, as I mentioned, dogs will receive you even if you’re a piece of shit to them.  The moon, the yin, the feminine, will too often take you in, even if you’re abusive…

Right, this started out as a eulogy for an awesome dog, and now you’re wondering why it sounds like I love cats way more?  I don’t.  I love all creatures in ways I can’t quantify.  If you rearrange the letters in my full name, you get ‘relaxed braw, animal-like’ (yes, minus the punctuation smartass).  But the psychological dualism expressed by cats and dogs, it presents a very potent message… we are all made of everything.  We are all free to embody -all- the roles.  Dance freely on life’s stage, dressing and acting however you wish.

And dance to kaleidoscopes of sound.  In music, melody is perhaps more ‘feminine’ component, rhythm ‘masculine.’  This mirrors tension and compression in architecture.  Once again containing an inward part which contrasts the vessel, dogs sing while cats mark beats and offbeats with their tails.

Cats are killers for play’s sake, lovers on their own time, the persistent beckoning that you fulfill a providing role even if they don’t need it… they ask for your discipline, but don’t require it.  They mimic the sounds of baby humans.  Their purring heals bones, and calms people in their dying years.  They are the light emerging within the moon’s cry.  Stretching in the sun, prowling with the moon.  Marking the rhythm and breath of action, balancing creation.

​Dogs are gentle in their hunt, ferocious if you ask it of them.  They love not for themselves, but against their own will just to make you happy.  Some say their memories go back about five minutes, yet they’re so attuned that they know when you’re headed home before you get there.  They can smell when cancerous excess comes about, yet the bigger they are, the more likely they are to die of it.  They are the moon emerging within daytime’s prance.  Howling at the moon, sleeping in the shade.

Of course, both species can do all of these things.  Many species, really.  You can embody whatever instincts you want.  Solar, lunar, masculine, feminine.  This earth is torn apart by inequality, rape and war, but the most powerful reminders of how much we really are — everything — have been at our sides the entire time, loving, talking, and singing our problems back to us.

It’s all there whether or not we recognize it.  But, a cat is also just a cat, a dog also just a dog.  Complete unto themselves.  They probably aren’t here to help us figure each other out, but we are free to see these puzzle pieces in their beautiful, hummingbird hearts.