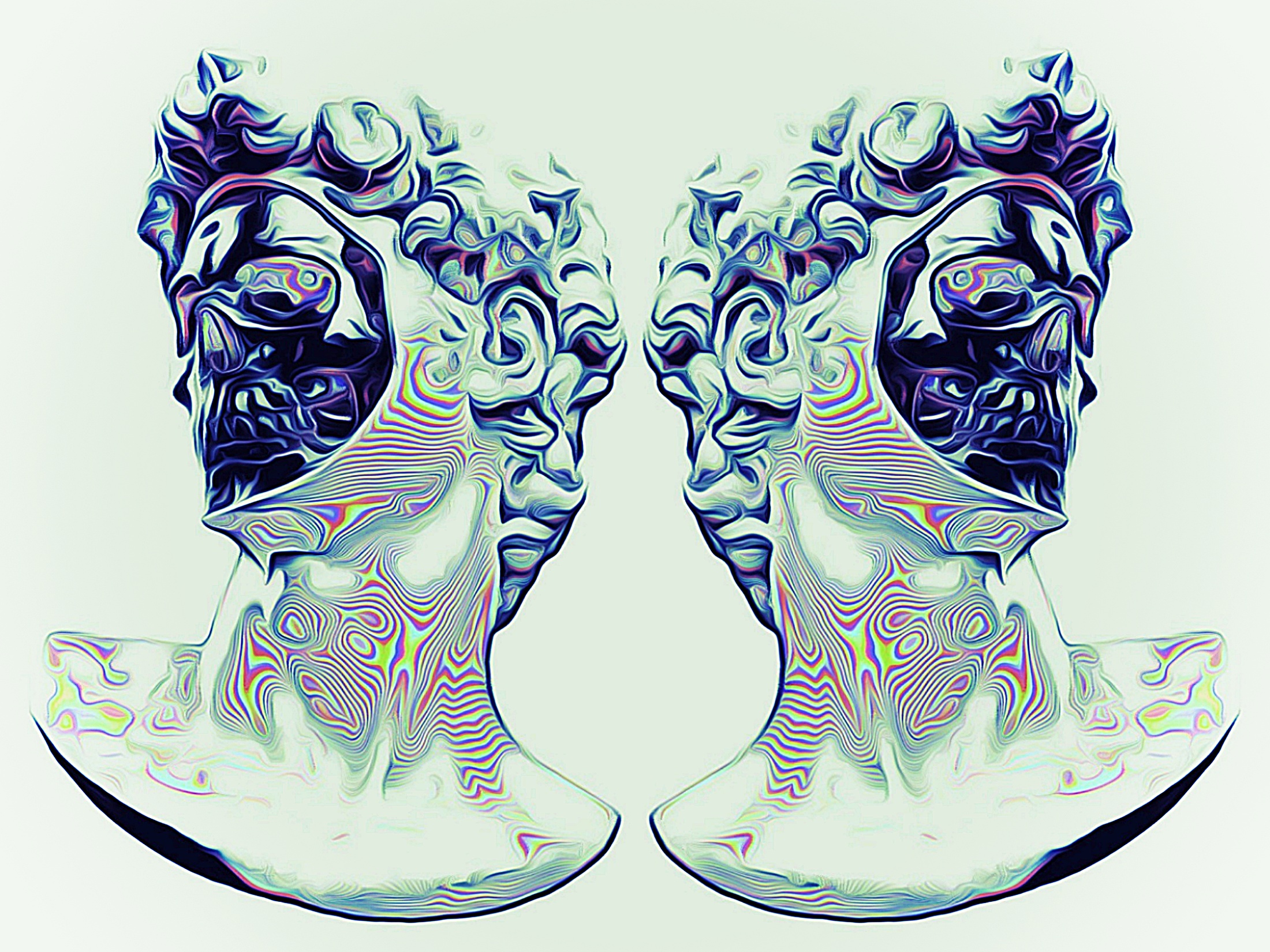 How incredible is the first dose of Hayden Fisher’s decan pieces I commissioned for Gemini?  He listens, and delivers with the spin.  A mercurial wizard in his own right, of the virgoan variety.  True winner of games and builder of fine things.

Gemini season is well underway, with the sign’s swift ruler hitting a bit of swamp in its shadow phase, soon to station for a retrograde that formally begins on the 30th.  As I mentioned last week, one might have felt a touch of perplexity, even clash of will and circumstance, given Jupiter in Pisces’ interaction by sign with the current mercurial skies.  The Sun squared the big planet upon entering Gemini a couple days back, an entrance more significantly punctuated by Mercury’s first square to Neptune this season — which took place from the mutable air of 22° Gemini to the mutable water of 22° Pisces.

Both windfalls and banes alike will fluctuate as they do in even the most promising of seasons… but aspected tension between Mercury and Jupiter-ruled planets always conjures a sense of risk and odds, swirling delight and disillusionment with the gambles of life.  The first decan (10° or ~10 days) of Gemini, the first Mercury-ruled sign of the zodiac, is itself Jupiter-ruled by 'descending' Chaldean order.

In Pittsburgh, from the 19th to the 21st of May and ongoing, we experienced the loss of a rather jovian street prophet and a quite mercurial pool master whose lives and local lore I have paid tribute to elsewhere on these platforms.  The celestial details of their deaths were not lost on me, even as I’ve found days a mix of energetic and mentally fatigued, honoring their passings amidst the tasks of each earthly rotation.

As Mercury Retrograde approaches, with the classic hints of communication breakdown and timing snafus likely to ensnare here and there as these Gemini days extend, one should also keep in mind Venus and the implications for maintenance, self-care and solidity in relationship exchanges of any sort.  Venus makes a similar square to Neptune on the 27th after passing over a conjunction to Mercury, which should provide some interesting relational frameworks for piercing through the fog.

Saturn stationed retrograde today, May 23rd, no doubt prompting additions to the deluge of astrology articles and astro quote memes that overplay the significance of outer planet retrogrades.  A lot of these bodies spend half a year-plus in seeming backward motion relative to the elliptic during Earth’s orbit, and the significance of Saturn / trans-Saturnian planetary retrogrades in one’s life usually has more to do with the context of chart.

In the case of Saturn Retrograde in Aquarius, those with fixed rising signs, mid-Aquarius planets or planets around 13° through any fixe sign are more likely to be affected.  Saturn’s slow, watchful gatekeeping in apparent ‘reverse’ might conjure revision of boundaries and reconsideration of one’s momentum towards various types of work.  While ‘the long COVID’ has its own implications for this dynamic, it’s interesting to see how outer planetary cycles have interacted with post-pandemic booms or slumps in history (and that’s not to say we’re out of the haze yet).

Given the aforementioned dynamics surrounding Mercury’s upcoming retrograde, ongoing aspects and Saturn’s station, here are some things to watch for:

* desire and actionability
* risk and resolve
* focus ‘or’ dissolve
* whether a task is worth undertaking
* emotional avoidance of central issues and distraction through immediate minutiae
* a sense of obligation to push through any ambiguous states of being
* drawing boundaries through the haze, ease (or difficulty) of communication amidst change
* how to balance a sense of duty with conservation of energy

Eclipse season does taunt, with the first arriving on May 26th, a light-swallowing mutable yang mashup of the Moon in Sagittarius opposite the Sun. We’ll wrap with words from the brilliant Elodie St. Onge-Aubut (@9th_house_astrology) on the astrology of these days to come:

“I feel that fundamentally this is not a bad Mercury Rx outsides of the eclipse context, were it only the cazimi and not also the square from Neptune — but the fact that it’s an eclipse could potentially mean ‘the King’ is also not in a great position to be giving advice.”  She conversationally elaborates that while it’s probably true we will see an amping up of the crazy and emphasis of “the importance of perspective shift,” Mercury is however in domicile, coming from a square to Neptune and meeting the King (Sun) as the King is to be eclipsed.

“It makes me feel that it may be difficult to distinguish facts from fiction at this time, and I am especially concerned about what the media and social media are doing — how the ‘rational’ gets defined at this time.  Mercury in Gemini can handle duality very well, but I feel like [right now] it augurs more collective cognitive dissonance than anything else.  Mercury in Gemini thinks he’s smart, but he’s consulting with a mad King.”

Yes, the ability of human beings to hold opposing viewpoints in mind at once and still function has been a talking point ever deepening these days.  Swim well stargazers~ xx