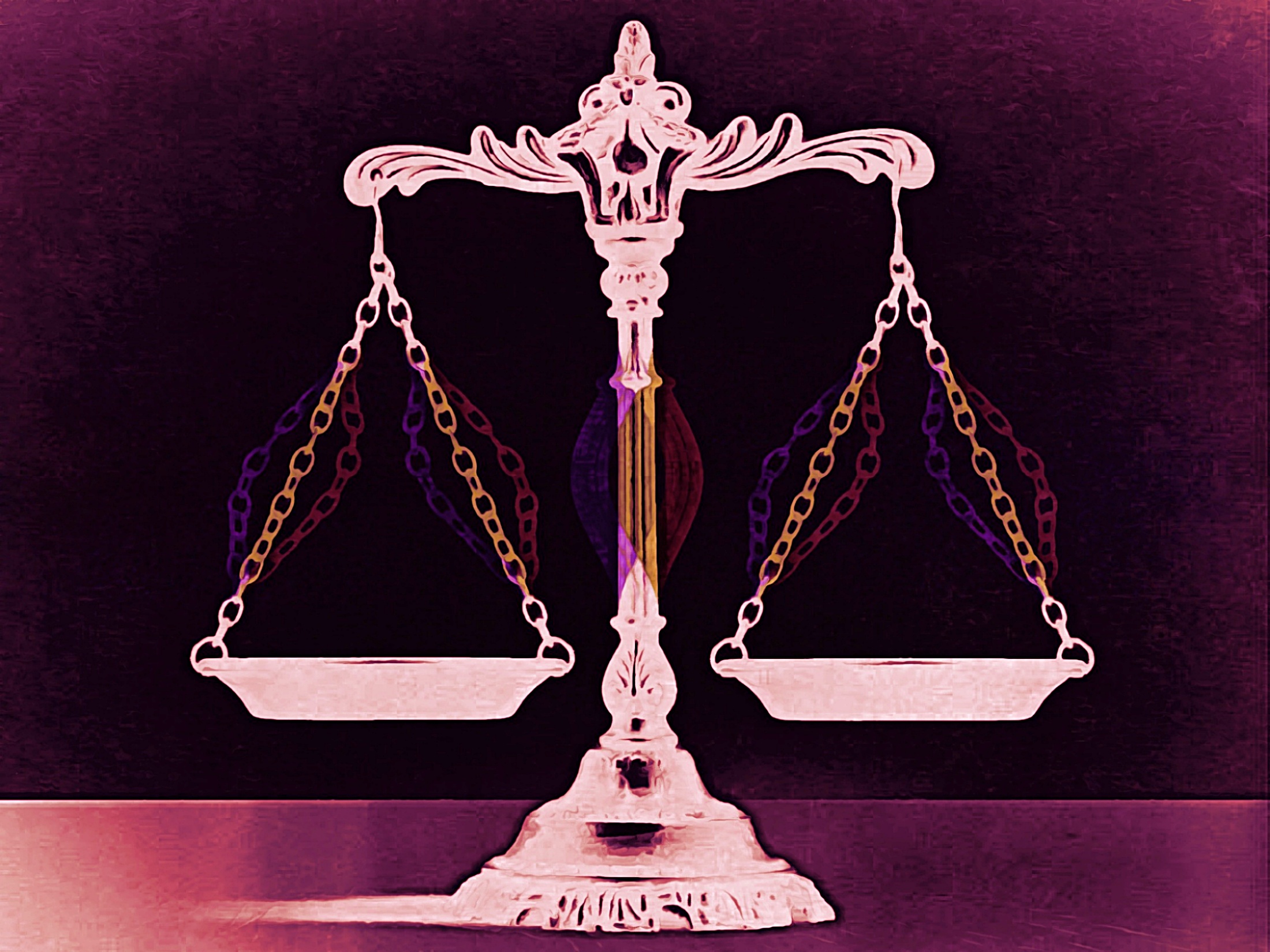 Scorpio season is setting in, yet traditional sign ruler Mars is still in its detriment of Libra while square to Pluto, whose underwater volcanic attributes are often attributed to Scorpio in modern astrology.  Not until October 31st will we see Mars finally join the underworldly soiree by entering its nocturnal home of in the zodiacal sign of the Scorpion, a more comfortable and precise firing ground for our executive willpower, whether cloaked in darkness or otherwise.

So I have for you one more take on this rather Mars-y Libra season, drawn to a close while its martially afflicted tones persist — one of Venus interrupted, figures darting at the edges of her mirror, a paranoiac framing of aggressive countenance unfit for her.

One well known story from Greek mythology is that of Narcissus, a hunter from Thespiae, in Boeotia, who was known for his immense beauty.  According to Tzetzes, he turned down all romantic advances, eventually falling in love with his own reflection in a pool of water, at which he spent the remainder of his life staring.  After he died, a flower bearing his name sprouted in his place.

In our creative work as people, or what other matters of willful agency we take on in our lives, we can’t quite force inspiration.  It’s important to wait for the moment to visit itself upon you.  Yet at the same time, we must get up each day and do the work, see what we can come up with.  The past couple years in particular have begged our discretion in knowing when to give oneself permission to rest, to not guilt oneself over output, to not mire in the hyper-productivity evangelized by capitalist society.

Part of this discretion, for me, has involved navigating a dynamic I’ve long recognized within: to fall in love with my own potential, such that my inner visions of this role or that are a drug I live on and don’t particular feel the need to fulfill.  I do have the Sun conjunct Neptune, after all.  While still grinding pretty hard at all the things I do, something other placements seem to lend themselves better to, I stay well aware of my tendency to live in a Sun-Neptune dreamworld about what I am in potentia.

I don’t quite mind it.  While always appreciating this placement in my chart, I’ve now come to rather love even its more shadowy dimensions — the risks of gazing at a more internal mirror.  Part of this is true bliss, the realization that I already am all that I am.  The peace that comes with knowing it’s okay that I will, by implication, not fulfill all of my dreams.  I see that I already am all of these things, bearing witness to the greater Whole that endowed me with some fragment — and were I to disappear tomorrow, heartbeat plucked from my chest and released into the greater sumptuous song, it would all be part of the Story.

While I recognize this dreamy, at times indolent state to be primarily an imaginal one, such inner visions still occupy a yang polarity rather similar to being consumed in one’s own thoughts.  I mean thoughts in the more mundane sense — the idea of something rather than the thing in itself.  The next moment, the next roll of the dice, the next self-becoming, the next relationship; the endless airy novelty-seeking that rearranges timelines, such that we’re bombarded by the ever increasing commodification of the Idea.

This love for the idea of something, rather than the thing in itself, of course extends beyond personal fulfillment and into the realm of our relationships.  Cultural logos, the language to which we subordinate our realities, is its own truth — ‘Air’ in classical alchemy and astrology, the derivation of Jung’s ‘Thinking’ typology in the quaternity of the psyche.  It is ‘Swords’ in the Tarot, both uniting and dividing in the name of one discourse or deity — the power and fallenness in using symbols to define.  And so this Love of the Idea is also a tipsy-topsy Tower, one that scrambles tongues, severs bonds and takes us out of visceral dialogue with the Other.

One of the plentiful reasons relationships fail, is that some part of us doesn’t always want to grow with another person.  Some hidden-in-plain-sight part of our pesky, literalizing ego wants the other person to arrive fulfilled, in their totality.  Often the same part of us that says, ‘I need to be this accomplished, this powerful, this financially fortified’ etc. to be worthy of love.

Being able to see someone in their vulnerability, and live alongside them through each changing moment, takes being viscerally in yourself and receiving others with a radical openness.  This is the movement from Air to Water, from distance and cool objectivity to intimacy and warmth.  It’s not that air signs are the one way and water signs the other or anything like that — each of us contain all elemental forces.  These symbol systems, not unlike notes and scales in music, gift us with the ability to sound out and make sense of our own stories in walking each other home.

So the flow of Libra’s consideration into Scorpio’s consummation is not a mutually exclusive one, yet it begs us to burrow to the core of the thing-in-itself, the root of the Other we so desire to know.  Libra’s rulership by Venus can soften crises of definition compared to other Air placements, but the lesson remains.  The reflections at which we gaze, whether internal or in the mirror of our relationships, are best met with love and openness before language’s constricting risks.

The sequential translation of Air into Water happens thrice in the zodiac, even marking the Sun’s entrance into Pisces at the end of the natural year in prevailing understandings of the cycle.  Psychological astrology might say each sign energy points to the transmutation of something in the previous sign’s shadow.  In this framing then, we must turn from the paradoxically comfortable constraints of our own mental trappings, to the watery openness through which we can penetrate more deeply into what we desire.  That’s what the Sun in Mars’ nocturnal home is all about, after all.  More on Scorpio to… come.

A Lunar Eclipse in Taurus and Fixity Alight

The Full Moon Lunar Eclipse in Taurus commences now, November 19th at 1:02am EST. Just as any full moon implies an opposition to the sun, this Taurus Lunar Eclipse stares down the Sun in Scorpio, highlighting the third decan or ‘face’ — that is the last 10° stretch — of both fixed yin signs across their natural axis.

The New Moon in Scorpio and Uranus in Taurus

The New Moon in Scorpio today has commenced its cycle with an opposition to Uranus in Taurus, this saturnian aspect to the electrifying ‘Breaker’ planet like a preamble to the third and final Saturn-Uranus square of 2021 coming up in December

Mars in Scorpio and the Hidden Flow

Mars entered its nocturnal home of Scorpio today, the fixed water sign. It is a place of clandestine precision, cloak and dagger energy; sex, death and regeneration, blood sealed in secrecy. It is a house of both powerful current and time-biding retreat, an underground fire-water much different in nature than Mars’ diurnal home of Aries.