No Sherlock Matter but Pleasant Chatter 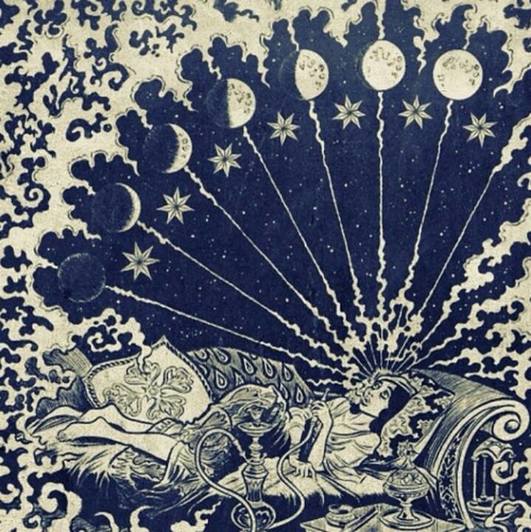 Today, Friday, Freyja’s Day, Venus Day, the Moon further into Scorpio opposes Mercury in Taurus, an opposition where the instinct and mind might war.  Situations, whether dark, pleasant, frictional or otherwise passionate, can pit the consideration of multiple scenarios against one’s gut about what direction to go.  This could range from discerning a killer amidst innocents, to what romance would most deeply satisfy one’s needs, to figuring out what one most desires to eat for dinner.

For example, if a person were to feign sympathy or make an indirect ‘it happens’ excuse for the victims of a multifaceted crime they in fact committed or were complicit in, a discerning mind might unify the ‘facts and possibilities as they are’ (Mercury in Taurus) with instinct’s natural, prying intellect as to what lies beneath (Moon in Scorpio).

I happen to know a fellow who encountered such a predicament yesterday.  We’ll call him Lars.  An attack-led robbery committed against one of his friends, ‘Missy’ for now, was described as probably-random-neighbors-someone-you-deal-with-yada by another ‘friend’, let’s say Rico, who is likely of ultimate responsibility.  It was, in ‘fact,’ probably a premeditated setup Missy fell into.

The dastardly events in question took place yesterday.  Scorpionic energy and the analogous 8th house often play a part in matters of jealousy, coveting and concern with others resources and assets, material, physical, sexual or otherwise.  Lars, around whom this situation satellites, quickly reached the conclusion that Rico, who deflected with ‘it happens’, ‘she encountered this randomly’ and the like is responsible.  Thankfully, Missy is mostly okay and did not lose everything in question.

What complicates the story, and makes this Taurus-Scorpio symbolism all the more potent, is that the resources a few unknown individuals very forcibly took from Missy were delivered by Rico an hour prior.  These goods are primarily Lars’ responsibility, but Rico’s as well.  Lars and Rico have been ‘friends’ for ten years.

Lars is almost positive that these other fellows were in cahoots with Rico, especially given the time frame.  Which seems quite reasonable.  Kicked around: “Almost always someone you know”, “neighbors all seem cool”, “not this landlord, no”, “an hour after is way too uncanny”, “she was walking out the door as they busted it in”, “ol’ set ‘em up after you deliver and get paid trick”, “Rico has incentive, facilitating but not having much”, and so on.

Today, just as the Moon about 22 degrees Scorpio opposed Mercury at 22 Taurus, Lars reached the conclusion that despite his conviction that Rico is ultimately responsible for setting the assault and robbery in motion, he will not pursue any degree of calculated retaliation… as long as Rico is willing to split the loss with him 50/50 (you get the idea).

Taurus — second sign of the zodiac, fixed earth, focused sensation, very much a symbol of sensual, aesthetic and material inclinations and core values —  is analogous to the 2nd house of established bodily ability, physical assets and the material resources in one’s immediate area.  This contrasts Scorpio and the 8th house touched on before, the 8th house representing taboo, mystery, desire, death, inheritance and the assets of others.

That Lars’ core consideration is between a revenge shakedown and being paid half on their material loan to another — is a line drawn perfectly between Mercury in Taurus, 2nd house type ‘stuff and the good life’, and Moon in Scorpio, 8th house type ‘crime and violence born need for retaliation.’

Or maybe your day engaged the Taurus-Scorpio axis in a much more peaceful, pleasurable way.  I laid in the Spring sun on NorCal hills reading esoterica, looking at a hundred illness-destroying, Eden-like plants that get you jailed most places in the world.

That is, I did this after listening to Lars yell about the whole sitch to a bunch of other beautiful people sharing company at the house.  We discussed the gravity of different responses all very within reach, then decided to return to peace.