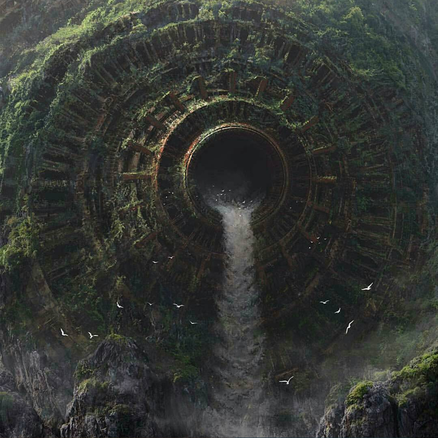 Fitting that the initial victory for Standing Rock in seemingly halting the Dakota Access Pipeline was announced on December 4th, 'the Day of Fortitude' as it were. This announcement came also with the waxing moon in Aquarius, sign of “the Water Bearer.”

Aquarius is the same sign the waning moon was in on July 4th, 1776, the Day the Declaration of Independence was sealed. Spending about two and a half days in each sign, the astrological moon represents the unconscious, both the deeply known and yet to be known, the going 'down' and 'in', a sense of nurture, family, roots, home.

Let’s check out the ways in which these very different revolutionary events, and the narratives they represent, all reflect archetypes and instincts of Aquarius among others.

​Although Aquarius is The Water Bearer, its modality and element make it the fixed air sign — that of focused thought. Its strengths include the utility of genius, the humanitarian cause and the science of these in execution. Its shadows include tyranny masked as progress or forward-thinking verve.

In modern astrological framings, Aquarius represents the tearing down of old structures; the improving or outmoding of enduring truths and old manners of expression, whether for 'good' or ‘evil’. It is a sign of ’progress' according to one line of thinking or another, political, technological, and so on; revolution sometimes just for revolution’s sake; change sometimes held as an ideal regardless of the outcome; a trickster-like symbol of surprise breakthroughs and shock occurrences.

Do you see any of this, reflected in the wanton nature of foreigners claiming a land as their own, in that aquarian manner of ‘the outsider looking in’? That saturnian tyranny cloaked as a new horizon? Blinded by its own idealism, the incompatibility of one’s thinking with the natural world? And yet, this first small victory for Standing Rock is in ways the epitome of Aquarius’ strong points — the unity of many tribes and cultures in not just an immediate, nurturing sense but a transpersonal, collective sense, a cause which goes beyond the individual or even immediate cultural concern.

And slow-moving Pluto… with all its death, gutter life, wound and rebirth type motifs, is long still midway through Capricorn, sign of the ruler, the plutocrat, the realm of matter, hard reality… the same sign it was in when America’s genocide-built identity was formalized on July 4th, 1776. America's slow approach of its Pluto Return continues.

Perhaps most curious to me — Venus, in her peace, beauty, grace — was at 27 degrees Capricorn when the Dakota Access Pipeline was halted, the same degree Pluto was at that July 4th… the decan of Capricorn called “Dominance” by Goldschneider and Elffers, “Power” in the Book of Thoth.

The astounding range of native tribes who came together for cause of Standing Rock, all wished for a peaceful outcome. And although the fight is far from over, sometimes that peace dominates center stage.