Planetary Portraits - The Astrology of Cardi B 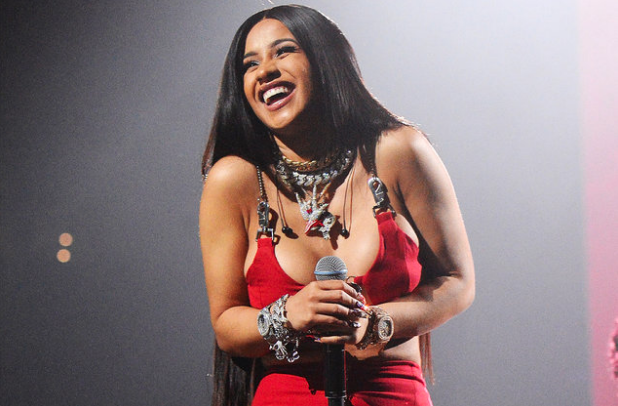 Our first installment in the Planetary Portraits series! Featuring... ​Cardi B.

A long gaze over time reveals more of a painting’s facets.  So thorough or not, consider this writing more of a snapshot~

Does anyone else find it kind of adorable that Cardi B was born with a grand cross in the cardinal signs — Aries, Cancer, Libra and Capricorn?  Cardinal signs are considered ‘instigating,’ you know, the ones that commence the seasons in many regions of the world, including where she was born: The Bronx, New York.  And given Cardi’s aggressive, IDGAF musical style… instigating sounds pretty appropriate.

“I be in and out them banks so much, I know they’re tired of me / Honestly, don’t give a fuck ’bout who ain’t fond of me / Dropped two mixtapes in six months, what bitch working as hard as me?”

Feelin’ a bit of the Aries and Capricorn vibes in that lyric, for sure. [Also btw, people born under cardinal signs often exhibit instigating qualities regardless of how the seasons in their places of birth match up with equinoxes and solstices, or whether there are even four seasons in a given region at all, but let’s stick to the deck here.]

Anyway, the grand cross part means she was born with at least one planet or luminary (the sun and moon) aligned with each of those four (in this case cardinal) signs, like a set of aggro ambushes and staring contests between four… heavenly bodies.  More on bodies later… ;) Hey!  Not fetishizing or playing ownership of a person via their demographics.  We’re here to purge those types of psyche.  Fetishes are cool tho.

​Pictured below: Cardi B’s birth chart, displayed in Whole Sign Houses, birth time set at noon as her actual birth time has not (yet!) been made public.  To start, look for Sun in Libra, Moon in Aries, Mars in Cancer, and Uranus + Neptune in Capricorn forming a grand cross.  If you don’t know all the glyphs (symbols for each planet), look ‘em up. Here we go.