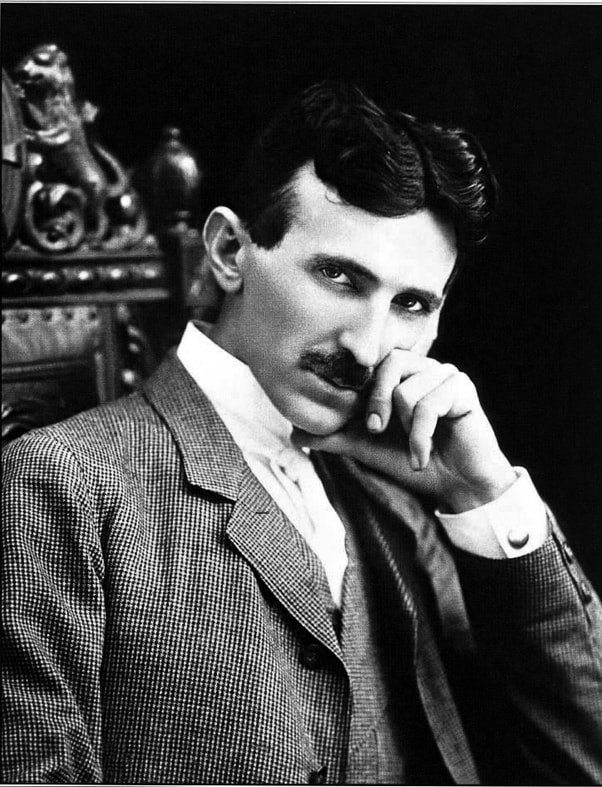 ​Happy 163rd birthday to one particularly brilliant Nikola Tesla, because you know he's fucking immortal.  Today I will convey some facets of the celestial symbolism present at his birth, which took place under a Cancer sun and Libra moon.

July 10th marks the birthday of Tesla, a widely admired genius often lauded on the internet as the world’s ‘greatest geek.’  A Serbian-American inventor, engineer, physicist and an unsung creator of the electric age, Tesla discovered the rotating magnetic field, the basis of most alternating-current machinery, and held over 700 patents.  Although this busy visionary’s work fell into relative obscurity after his death in 1943, his popularity has resurged since the 1990’s.

Talk of Tesla sometimes reaches into the esoteric with the very exoteric implications of his life’s work for 'free energy' technologies.  Many of Tesla’s inventions were diluted for patent by J.P. Morgan, Westinghouse, Edison and others — sometimes due to his indifference as to whether or not he received credit.  In other cases, such business tycoons were not happy with Tesla’s impetus to give these technologies away to the public without much monetary concern.

Tesla was born with the sun sign Cancer, cardinal water sign and one which symbolizes ultimate receptivity to the Logos — in many ways the psychological principle of energy, active images and the languages derived from them.  As wisps and wands of intuitive signals and creative fire move through the air, Cancer energy is like the cup catching them, a chalice of soulful instinct and careful listening.

With Saturn and a Venus-Sun conjunction in Cancer across the 3rd and 4th houses — all the 3rd in the Whole Sign house system — Tesla was very sensitive to his immediate environment.  It seems he coursed with an innate openness, a deepening discipline toward turning the messages received into working manifestations.   Yet a potential downside to this was a feeling of mental imprisonment that can accompany Saturn in the 3rd — an inertia and confinement to the letters of one’s calling, before and beyond connection to others.  Famously celibate and hermitic, Tesla's lone wolf status was at once the seat of his genius — and perhaps also the quality of isolation that finally stopped his heart after a long and creatively fruitful life.