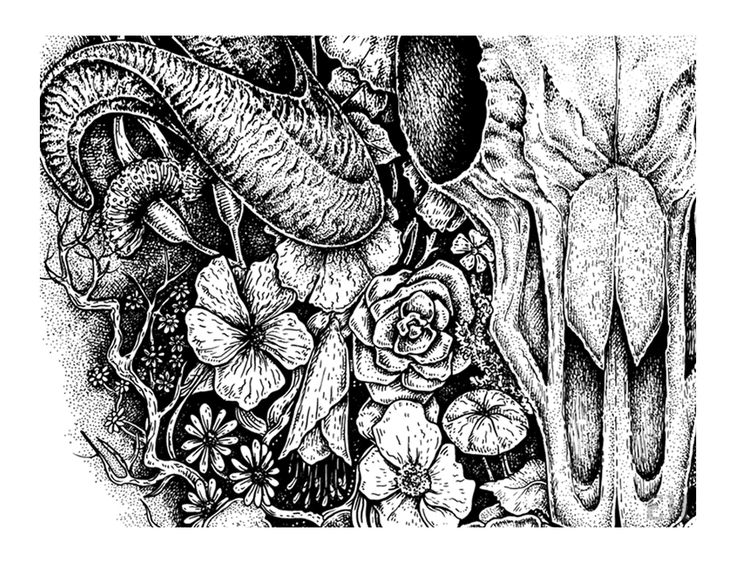 “I will dig the earth

Until after my death

To cover your body

With gold and light…

From the ancient volcano

We once thought too old

They say there are

That give more wheat

Than a best April

​And when the evening comes

For the sky to blaze

Does red and black

When a New Moon graces us so soon after the beginning of a season, be that commencement an equinox or solstice, it formalizes, reaffirms, recapitulates the energy of the season’s breath.  The New Moon in Aries on March 27th marked again the instigation of Spring in all its head-first impetus.

When passions run high, so too do the chances that we might feel drained by the release of that which fills us up.  Be these things desire, creative impulse, love or aggressive conflict — perhaps all intermingled — sometimes the cup is left hot and dry, cracked and brittle if we pour it all out with too much oomph.

One of the key words with fire is to ‘play.’  Playfulness and all the images we associate with it live at the heart of fiery energy such as Aries.  I find this of utmost importance lately.  It is important to stay playful, first for the sake of it and the enjoyment play brings.  Lately it seems extra helpful in filling us with life when the celestial and seasonal spreads pose the possibility of burning us out in constant little deaths.

In the Dark Moon days leading up to the New, a conjunction of Luna with Neptune in Pisces served as a seeping, gently saturated prelude to the coming lunation.  The ongoing momentum of a stellium in Aries — Sun, Mercury and Uranus — was already established, yet there existed with it a porous feeling, one of calm and even laziness to lighten the workload.

I described the feeling to my friend Annie as a goopy, almost inebriated repose taking the edge off of endless hard work.  This may have set a Pisces-Aries ‘release, refill’ burned out type tone for some, in ways characterizing the coming lunar cycle.  Venus’ impending movement back into Pisces and square with Saturn certainly feels a lot like it.

A day or two later, when Luna turned anew and caught up to all the Aries action (she spends nearly two and a half days in each sign), excitement decorated the strong-willed progress so often promised by Spring’s energy.  While Moon-Uranus aspects seem to trigger bipolarity and mood swings, it was Luna’s following conjunction with Mars in Taurus that really brought the bullheaded obstinance I’ve witnessed.  Moon-Mars aspects are known to trigger similar things.  The Moon’s receptive, feeling-based nature and fickle triggers to ongoing planetary aspects do not always meld well with heavy yang planets such as Mars and Uranus.  Throughout this lunation thus far, yang Moon signs (Aries and Gemini thus far) have flowed much better for me.

As much as that vernal velocity is real, the energy of the celestial hand currently dealt represents a reaching back.  Rapid fire happenings, however exciting, forward-moving or filled with conflict, may have reached a feeling of standstill or gridlock in recent days — even if things are still super eventful.

Jupiter in Libra’s ongoing t-square with Uranus in Aries and Pluto in Capricorn calls principles of relationship, harmony, self-expression ‘out there’ and societal expectations into constant crossfire, revision and transformation.  I think of incessant political spectacles… ’America the Exhibitionist’ in Monty Python and the Meaning of Life… the exaltation of the sex worker… a wedding cake exploding… you name it.

Venus, planet of love, friendships, relations, beauty, aesthetics and money, has been retrograde since March 4th and will be until April 15th.  While she has emerged from the rays of her ‘cazimi’ state — alignment with the Sun within now nearly back into Pisces, many Venus-related issues have been set ablaze, bottom-lined, or otherwise dredged up from the depths.

As Venus retrogrades back into Pisces, she engages in a square to Saturn in Sagittarius that will last the duration of April as Venus stations and slowly turns direct again.  For some this will be brutal; others will may just see it surrounding them.

Here again we can find renewal in maintaining a childlike playfulness… filled up with spirit and the essential divinity of all narratives, including those of discord and exhaustion.  Let’s all drink some water.