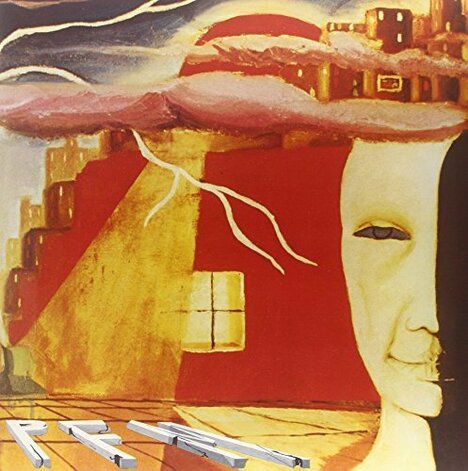 How was everyone’s Full Moon in Pisces?  It was early Wednesday morning proper here on the east coast, but a kind of Tuesday night through Wednesday night affair it seemed.

​Sometimes I affectionately call full moons across the Virgo-Pisces axis the ‘electric seep.’  The psychic porousness which often characterizes Pisces and Moon-Neptune placements, combined with the mercurial spark of Virgo energy, can together form an effect so described for me.  How about those dreams the past handful of days?  Perhaps you’ve had some of particular potency.

The waning Gibbous Moon entered Aries yesterday and will apply to conjunct Mars tomorrow evening, September 5th, toward the end of its movement through the sign of The Ram.  Just as it catches sunlight, the Moon ‘likes company’ — but Moon-Mars contacts can be company of an irritable sort.  This goes for tonight into tomorrow’s conjunction overhead, but also the Moon’s transit through any sign if it happens to contact your birth Mars by conjunction — or notably by other Ptolemaic aspects such as the frictional square and opposition.  (For example, while I love many folks with Sagittarius Moons, the likelihood of my becoming irritable is unusually high when the transiting Moon in Sagittarius conjuncts my birth Mars in the sign’s early degrees.)

I find the arcs of light thrown back by the Moon in its fullness to be observable in the eyes of people walking in public, the composition of how they carry themselves, in their driving even.  It’s like the tides have stirred into our nervous systems with oft unpredictable effects, bound up in everyone’s manifold yet somehow plated gazes.

​The Moon in Aries applying to Mars, on the other hand, may spark a preview of the tests soon after to come with Mars’ two months of retrograde.  Temperamental moods and irritable touches could tinge tonight and tomorrow, even competing with sunlight, but high energy and passion might also permeate with more pleasantry.  The Mars-Venus square from Aries to Cancer will feed such dynamics for some days longer than the Moon’s co-presence with Mars.  Diplomacy, or the absence of it, has certainly been a theme more and more present since Mars entered Aries on June 27th.

​The red planet will begin its illusory ‘backward drift’ going retrograde on Wednesday, September 9th, and direct on November 14th, ‘resuming forward motion’ that no planet in our solar system ever ceases.  Retrogrades refer to interactions of Earth’s orbital cycle with a given planet’s; the seeming backward motion of a retrograde planet is geocentric in vantage point.

While Venus has a repeating 8-year synodic almost floral-looking pattern, and 5 retrogrades which repeat in the same areas of the ecliptic and drift only over a long period of time, the Earth-Mars synodic alignments and subsequent Mars retrogrades thrust about the ecliptic in an irregular pattern.  It’s as metal as it sounds — I even have the erratic loops tattooed on my right shoulder.

This Mars retrograde, and its series of squares to Saturn in Capricorn we are amidst, form probably the most dominant astrological signature of the second half of 2020.  The retrograde extends Mars’ tenure in its diurnal home of Aries from June 27th to January 6th, 2021.  It’s going to affect everyone, whether you interface with astrology as a non-causal mirror of our earthly quests to figure shit out, or whether you feel the visceral effects of celestial cycles and see their flowing etches across the countenance of every human.  All of the above can be true.

While the gravity of 2020 has subsumed the particular life narratives of many, there are still instinctual layers to peel back in comparing markers along these cycles to past moments that have taken place under similar transits.  Mars was last retrograde in Aquarius at the center of 2018 — what were you up to during the months of June, July and August?  Are there any hints of these themes now, even comfortable rather than afflicted?  We’re at an interval between eclipses similar to September 2016, unlike now though that time period might seem.  I can still sense slivers of my life right now that feel a bit like parts of these aforementioned times.

This Mars retrograde is likely to affect those born under cardinal signs more pronouncedly than others — as well as those with Mars in a cardinal sign.  Check in on your Aries, Cancer, Libra and Capricorn friends.  Examine your birth chart and the cardinal planet-in-sign placements you may have.  Give offerings to soothe the potential ill effects of the two malefics, Mars and Saturn.  Practice astrological remediation.

Look to the houses of your chart ruled by Aries and Capricorn to see what arenas of life Mars’ and Saturn’s challenges could show up in most profoundly this fall.  It’s helpful to keep day and night sect in mind when evaluating where in your life the effects of these transits might manifest.  The Sun, Jupiter and Saturn are traditionally considered ‘diurnal’ planets, so their charge transmits most effectively in a day chart.  The Moon, Venus and Mars are ‘nocturnal’ planets, considered happiest and most functional in a night chart.

As such, if you were born during the day, the Aries-ruled house of your chart and its themes might present greater problems.  If you were born at night, the Capricorn-ruled house of your chart and its themes might dominate the stage.  For example, I am a Scorpio Rising, meaning Scorpio rules the Ascendant or 1st house cusp of my chart.  Counting forward, Capricorn rules my 3rd house and Aries my 6th.  With Mars transiting my 6th house, issues of health, master/apprentice dynamics or work/delegation of work need some reshaping.  With Saturn transiting my 3rd, issues of communication, short journeys/transport, siblings and movement around my immediate environment may be under pressure.

Weigh these dynamics, and even as we approach the autumnal equinox, breathe the inhalation of spring that Aries instigates.  Steady your hands; remember that arms, Mars and ‘Rams’ are spelled with the same letters.  It’s like that one meme circulating says… pick your battles, now pick even fewer than that.  Ground yourself in a physical practice, or listen to some death metal.