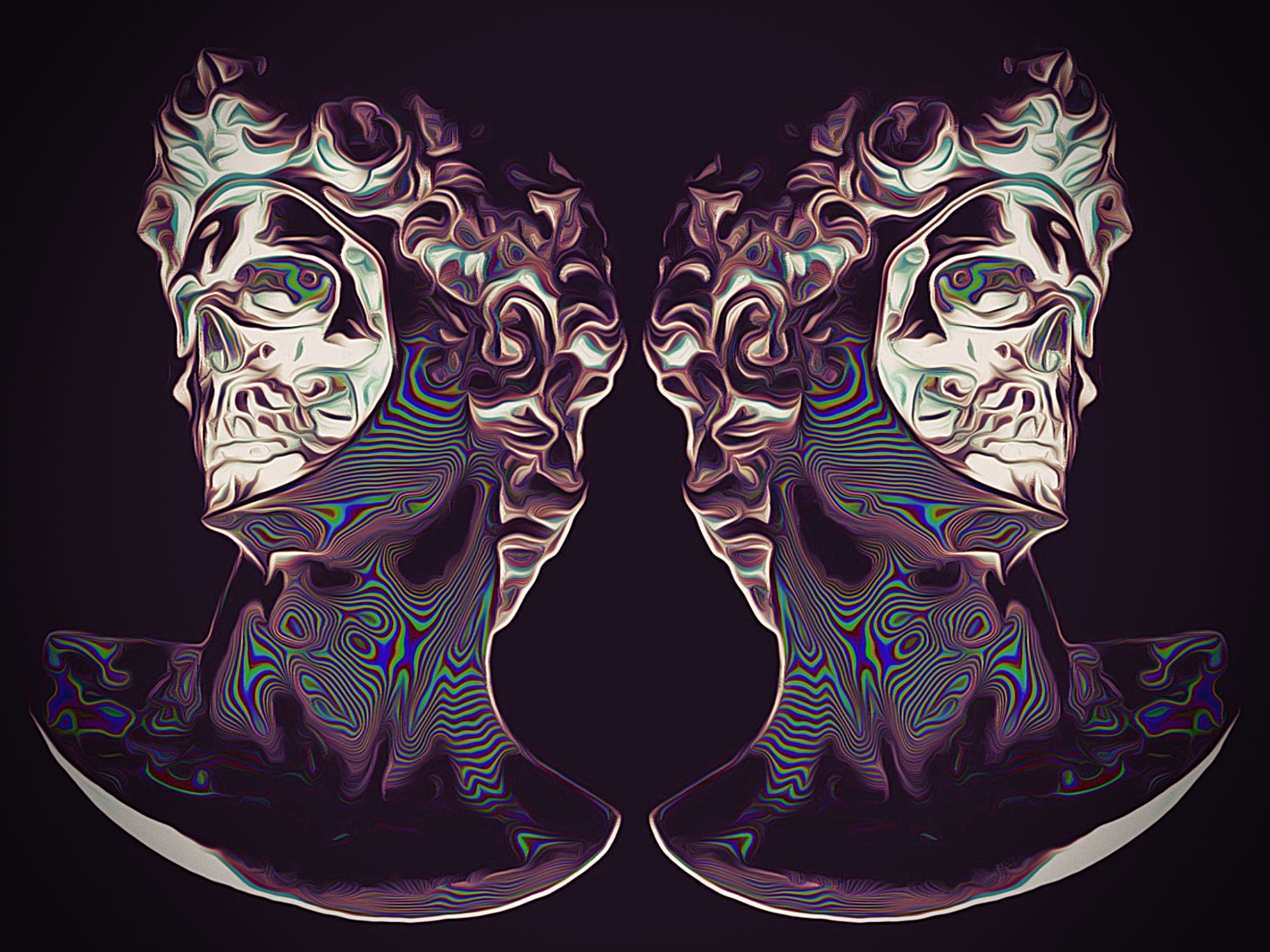 The Moon in Pisces set the day’s tone with a conjunction to Jupiter in the early morning, adding an emotional optimism, if not lazy calm, to the colors emerging from post-eclipse haze.

The drift does extend, as Mercury stationed retrograde on the 29th just days after Saturn, bringing at times a weight bordering on fatigue, a layer of fog upon what might otherwise be fuller acuity in communication.  Sometimes saying a bit too much when one might have preferred to play it coy; at others times lacking full execution of a given thought or intention.

With the two planets of more neutral charge — representing structure and movement around structures — in seeming backwards motion, and the elements of Air and Water emphasized by the current planetary spread, fluidity, adaptiveness and an open heart are certainly themes in the mood for a day.  Activity in mutable signs plays a large part in this, and with Jupiter and Mercury-ruled placements overhead, we have dreams, ideals and immediate details seeming to compete for focus.  Fluctuations of fortune, both banes and windfalls alike as I’ve put it in recent weeks.

Mars in Cancer is at a trine to Neptune in Pisces, making idealism and gentleness a more natural route than the passive-aggressiveness a fallen Mars is capable of, but this softer frame is added to by the day’s lunation and any resonance thereof will be tested as the red planet moves into an opposition with Pluto on the 5th.

The Sun yesterday reached 10° of Gemini, moving into the second decan or ‘face’ of the sign, and the transits due for these next~10 days of ‘the Twins’ will be my main focus here.  In The Book of Thoth, “Interference” is the name given to the first face of Gemini, shadowy and dualistic language hardly held back in Crowley’s words for the Swords’ share of minor arcana, in particular.

As a 19-year-old learning the Chaldean order through the Thoth deck before I had much grounding in any traditional approach beyond essential dignities, I fancied the natural counterpart of “Interference” to be Mediation.  Mediation, after all, is what Gemini’s ruler Mercury does, zipping around the Sun with an 88-day orbit, messenger god with the quicksilver quip.  ‘Mediator’ could very well be a word engraved on the other side of a coin reading ‘Heckler’, one might feel.  I came to better understand that the first decan of Gemini represents the emerging awareness of multitudes within — yes, think Walt Whitman’s “Leaves of Grass” — and the choice paralysis that can arise.

The mediation of Gemini decan I and its multitudes give way to “Cruelty” and Exchange in decan II, as the Sun yesterday reached 10° through the sign of The Twins.  The middle ten degrees of Gemini speak to “the arts of union and separation, love and war,” as Austin Coppock writes in 36 Faces.  He continues, “It may be no coincidence that one system of planetary rulership gives this decan to Mars, while the other assigns Venus to it.”  Exchanges of binding and separation, fortune and pitfall are no stranger to this decan, and some inner dualities never find easy reconciliation.

The upcoming oppositions of Mars in Cancer to Pluto in Capricorn on June 5th, and Venus to Pluto on the 23rd sound even more dynamic with the Sun in Gemini II as a preamble, then.  Mars-Pluto encourages us to clean house, to process emotional and psychic debris lest the pipes burst.  The red planet’s passage into Leo on the 11th will add animation and momentum to the life arenas corresponding to the house of one’s chart Leo rules.  More on that in the days to come.

Our particular and multiplicitous aims are perhaps a bit hampered in their pace of execution by Mercury, but retrograde and post-eclipse fatigue aside, the swift planet is not poorly dignified in its home of Gemini.  A variety show entails.  The revisioning and double-checking characteristically wise during Mercury Rx might make the plot feel slow even when it is not.  As the occultist and publisher Aaron Cheak put it, “measure twice, cut once” and “back your shit up.”