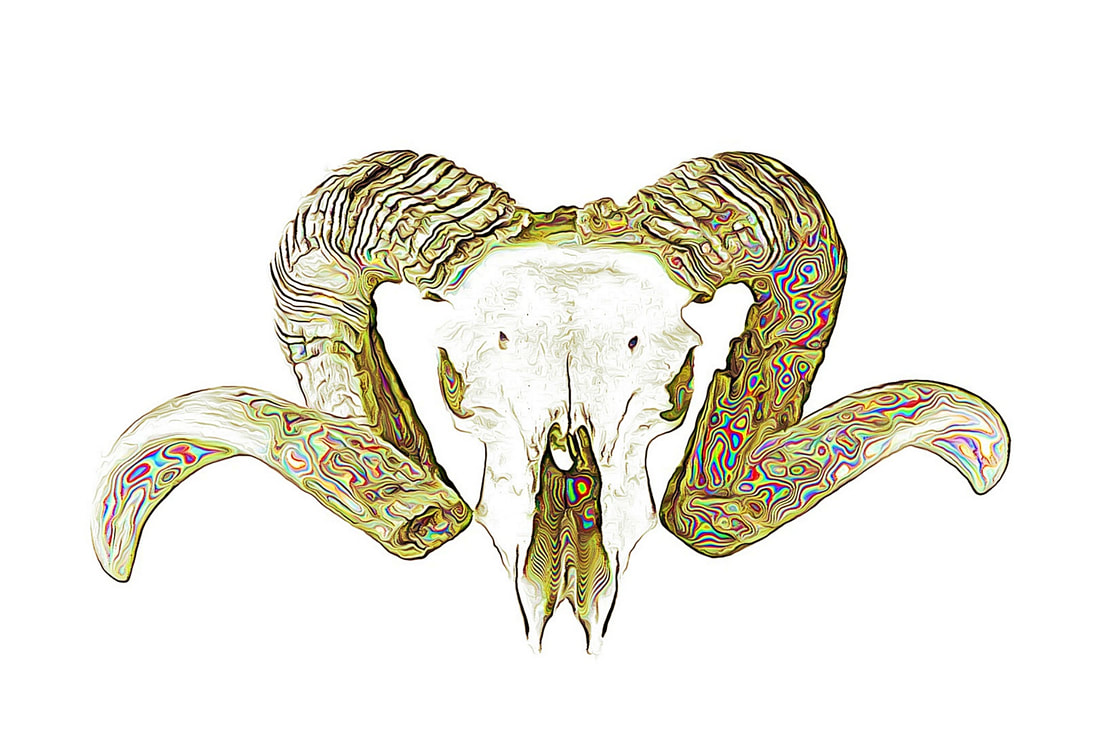 It is the Sun’s Day, with the Sun in the sign of its exaltation and its own decan therein.  The luminaries are square-by-sign, Sol in fiery Aries promising a playfulness of spirit and Luna in Capricorn offering its cool realism to support.  While this particular Sun-Moon square can be something like a fairy caught between the gas pedal and the brakes — the Moon in detriment flattening the Sun’s momentum — Mercury has newly entered Aries, and a clarity of mind can purify what murkiness might have visited in recent weeks.  A heartfulness abounds, contending with any mental miasma of doubt or stagnation.

The nature of elemental Fire, ‘up the cross’ if you will, is to envision, to imagine, intuit — to experience the suchness of meaning and intention before the subordination of either to word or deed.  The nature of Fire, ‘down the cross’ perhaps, is to will something, to act, initiate — to embody, as an expression of purpose and principle more than sensation or feeling, while excluding none of these by default.

The exchange of light, from source to reflection, from luminous to numinous, is a dynamic one might think of as being affirmative by nature, just as light engenders the growth of so many things in the natural world.  But like excesses thereof which leave the earth cracked and brittle, Fire reveals its biases most where it runs roughshod over differing desires with an all-unifying assumption.  Where one trains an eye, an action, an aim, no matter how pure the intention, the wants and needs of the many might fall past one’s periphery, beyond even the broadest scope of sight.  This can transform the most well-meaning into tyrants, as acting in accordance with one’s virtue, or lack thereof, usually implies the negation of another’s.

For all the vision of Fire, in Aries the swirling spirits of victory and defeat that close the zodiacal cycle are reborn into the Child, who has little capacity for judgment or weighing different actions.  The archetypal spectrum of human behavior is imported to this new being, and here is pure suchness of perception.  The aforementioned nearsightedness is a guarantee, as the Child careens into coffee table corners without parental safety nets, and finds itself enraged if core needs go unmet for a moment.  This strata of Aries expression might benefit from the Moon in Capricorn’s long game, a scaffolding that can check our divine impatience.

But Mars in Gemini makes for a strong complement to fiery Aries placements overhead in the Sun, Venus and Mercury.  An airy Mars can lend distance and perspective, and the red planet here makes an ironic religion out of duality and doubt, poking and prodding at a given viewpoint until it gives way to acknowledgment of an opposite.  Mercury’s quickness makes for contrast, and Mars in this home of Mercury enjoys the serial epic of many instruments played, different voices commingling in concerts both harsh and harmonic.

We know that our sight is limited, pure and childlike but failing past boundaries.  All cosmic cycles continue, untimed by our earthly acknowledgments of Divinity.  The vernal promise of rebirth reverberates like ripples from skipped rocks, this month moving more and more toward Venus’ rule.  Our burdens are present, but sometimes all is just the playfulness of light and mercurial chatter, a gentler sweat upon brows and flight across branches.