The Astrology of January 2018 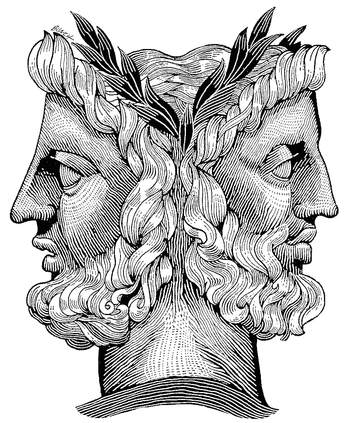 We’re amidst quite an astrologically potent week, commencing both the year and what seems to be in the top four months of 2018 as heavy transit activity goes. This is what stands out to me thus far.

2018 began with the Full Moon in Cancer on New Year’s Day, reflecting across the matriarchal Cancer-Capricorn axis.

While traditional holidays tend to put family at the forefront of heart and mind, the Sun in Capricorn itself casts fleeting light on karmic patterns wanted or unwanted, and what foundations and walls we continue to forge with these.  We evaluate our life signatures in context of those who have written before us.

The Cancer-Capricorn axis tells us that as much as ‘we create our own realities,’ we are aggregates of experience, dreamed into being, past actions and generational influences etched into our DNA, housed in the marrow of our bones moving with us and through us.

During Capricorn, when we reflect on the weight of choices and legacy, reputation and social posturing, one truth stands out among others: there is work to be done.

This is a rather confrontational aspect, overdone beyond dramatic as Jupiter lends inflation to Mars’ aggression.  Where debate or conflicts arise, concede when necessary or withdraw with foresight.  Scorpionic onslaught and relentlessness make for especially lingering wounds right now.

This powerful joining of malefic and benefic begs an aphorism for heavy Scorpio action that I came up with years back: Rather than control something apparent, be apparently controlled.

Where intensity and moodiness run high, channel that passion into productivity rather than destructive tendencies.  Use this gusto within Capricorn’s container to lay groundwork for the year ahead.

The Full Moon in Cancer waned hours into a trine with Mars and Jupiter on the 1st, and so we see these buzzwords, tweets and memes about shedding of old skin and how “the revolution will be healing.”  It’s true, and this warm glaze is a needed reminder right now.

But healing comes at numerous costs — the word itself implies prior toil.

Venus is nearly conjunct the Sun, and both of them approach conjunctions with Pluto on January 8th.  As the goddess of love and peace is swallowed by the rays of Sol, both move from Earth’s vantage point toward Pluto’s cauldron — all in Capricorn’s wintry territory.

There is a blitz so cold it feels white hot, and ardors so deep they freeze us in time. At such a level of shock the skin simply screams “sensation!” Glaciers and volcanoes are both of similar magnitude. Expect relationships and social dynamics to reach places of piercing clarity. You get what you put in.

Capricorn can be cool like Sade’s voice, or a dominatrix’s whip.  Pick your track.  How we wield our visions, desires, criticisms, and choices to love in the next several days may have particularly lasting effects on our relational lives, while simultaneously representing what we have built toward as this synodic cycle of Venus comes to a close.

Mercury conjoins Saturn a day after entering Capricorn on January 11th, adding to the heavy, no bullshit effect.  While this mental sense of ‘no exit’ might sound like needless drudgery, it will help with any process of reckoning.

As Venus enters Aquarius on January 17th and Mars enters Sagittarius on January 26th, expect to feel a bit lighter, swifter and free of the leaden shackles and phoenix fire.  Not to mention the Sun's passage into Aquarius between them, Mars and Venus entering yang signs lends a quicksilver-y shift to an otherwise heavy month.

On January 29th, Venus will conjoin the South Node of the Moon.  While this traditionally brings a blend of spiritual gain and material loss to things Venus related, the Full Moon Total Lunar Eclipse in Leo on January 31st means we’re likely to hear the Queen roar!