The Great Conjunction in Aquarius 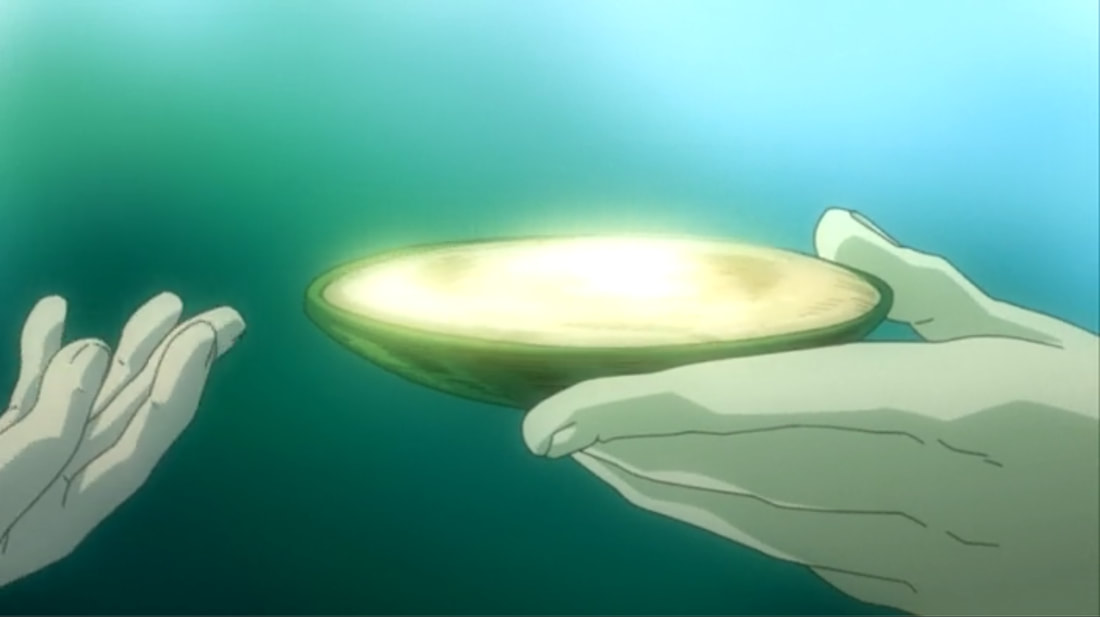 ​​A Happy Winter Solstice, and Great Conjunction of 2020 to you! If the skies happen to be clear where you are, perhaps east coast or midwest among the states, now might be a pretty lovely time to spot it! While there has been no shortage of fantastic writers, astrologers and esotericists talking about this Great Conjunction for the past year plus, I think you might find a helpful synthesis of insights here, as well as some of my own takes on this momentous planetary occurrence.

As many of you know, 2020 has been bookended by two conjunctions that astrologers have been discussing for years. While January’s ‘Pileup of All Fevers and Plague’ — err, hat-tip to Trey Azagthoth aside, I mean January’s Saturn-Pluto conjunction in Capricorn — was probably approached with more apprehension and reverent fear than it was outright excitement, the Great Conjunction of Jupiter and Saturn in Aquarius, on December 21st, 2020, seems to hold different kinds of promise.

Jupiter is the planet of expansion, magnitude, fortune and joviality… largeness of vision, elevation, faith, ascension… and has an ~11.8 year orbit.

Saturn is the planet of contraction, limit, hard materiality and graveness… gravity and gravitas, weightiness, concrete manifestation, mortality, the endings of things… the dark, cold, dry, old, slow, distant; the senex, Kronos, ‘Father Time’… and has a ~29.5 year orbit.

While these two planets conjoin every 20 or so years, this conjunction sets off a new, ~200 year cycle of Jupiter and Saturn meeting in air signs, concluding the previous ~200 years of their meeting in earth signs. (Yes, it’s true that big zaddy Jupe and le master Saturn shared a conjunction in Libra circa 1981, a topic of discussion nearly unto itself, but their next was in earthy Taurus in 2000. The Great Conjunction of 2020 sets off ~200 years of Jupiter-Saturn conjunctions only in air signs.)

Jupiter and Saturn’s 200-year elemental eras, and 20-year conjunctions therein, comprise one of the oldest and most useful astrological means of examining history.

As author and astrologer Austin Coppock wrote, “The two planets have been making conjunctions in Earth signs since the early 19th century, enclosing and timing the waves of industrial revolution, overseeing the transformation of our relationship to the material world, and presiding over unprecedented wars for territory and resources.”

So what can we expect from the Great Conjunction in Aquarius, as it sets off this purportedly airy age? (No, not “the Age of Aquarius” … that doesn’t begin until something like 2770, or whenever the precession of the equinoxes brings constellational Aquarius to the 0° Aries vernal equinox point. ’Til then, the Age of Pisces, fwiw. I also don’t know many great astrologers who get hung up on that general an arc of time, either.)

Will it be zero emissions, waste-less cities, flying cars, and virtual reality opium dens for citizens paid to exist after benevolent alien handshakes domino into technology replacing most jobs? Well, maybe not all these hyper-aquarian, futurism type motifs (or hyper-horrifying, depending on your speed)… but! What do the kinds of psychological strengths endowed to air sign energy, here Aquarius in particular, have to say by way of Jupiter and Saturn’s momentous meeting?

Perhaps first of all, on the 19th Jupiter moved from poor dignity in the sign of its fall, Capricorn, to a more spirited position in Aquarius. Saturn, which rules both Capricorn (its nocturnal home) and Aquarius (its diurnal home), traditionally prefers Aquarius of the two homes, and made its final ingress this time around into the sign of The Water Bearer days prior on the 17th. One key word for the air triplicity (or element) I’ve been fond of using for the past decade is ‘utility.’ The next few paragraphs are rather technical, so try and be with me here for a moment.

The four functions in Jung’s analytical psychology — Intuition, Sensation, Thinking, and Feeling — are derived from the four elements — Fire, Earth, Air, and Water. They are analogous to them. Yes, even your beloved Myers-Briggs test results come straight from the three different ways the four elemental functions can be paired.

Understanding this is helpful with interpreting the four elements, four seasons, equinox and solstice points, and the way in which the polarities (yang/yin), triplicities (elements) and quadruplicities (modes) of the zodiac signs are naturally draped across the year. Moreover, this is helpful in unfolding from mere binary perception to a broader framework for interpreting archetypal fluidity within ourselves as human beings. The neutrality of Aquarius, while still oriented around language, favors rattling the walls of what among older definitions have grown stale.

Air and Earth share an externality, one Jung described as oriented around “abstracting the subject from the object, or concretizing it through it.” Sounds dense and circuitous, but that’s Jung’s writing for you. Check out the meaning, though. My friend Casey is fond of saying “when did language go from description to definition?”

Despite the colossal implications of moving from a 200-year era of Earth to one of Air, it is likely that human beings will overall maintain a lot of the same instinctual externality. But in building any semblance of the futuristic utopias Aquarius is sometimes associated with, what is the bridge from the Earth era’s rampant materialism? A pandemic has already wrought many a hiccup in rates of consumption and human organization across jobs and vocations. I believe the bridge is ‘utility’ — referring simply and clearly to the need for better means of arranging and using our resources.

People don’t understand the kink of Saturn, how both Capricorn -and- Aquarius are traditionally ruled by it. Capricorn is about gaming the system from the inside out and sporting the jewel of endurance; Aquarius is about saying ‘I looked from the outside in and made a better system.’ Both can be equally conservative, isolationist, accelerationist.

How will resources we humans are constantly extracting, rearranging, and abstracting profit from be tooled more wisely? Will we drown in the novelty-seeking side of Aquarius’ share in Saturn’s definitional drive? Newer tech, bigger homes, vapes you can charge your phone from while you hit it? How about the endless pacification of our need to live heroic archetypal roles through media that feeds us stand-ins for ourselves? Or will we continue to imagine better systems — for wealth redistribution, for ocean cleanup, for better harmony of form and function across all one can lay their eyes on.

What was pillaged for centuries prior, and will certainly continue to be for some amount of time, should find more efficient means of use in the years to come. The lifeblood of a planet so resigned in places to believing one must do these things for self-sustenance, that work must be like blood on one’s hands, does not wear well karmically for the species.

Ali A Olomi, a professor and historian of the Middle East & Islam, wrote: “For medieval Muslim astrologers, the cycles of Jupiter and Saturn would be linked to world conquerors, messiahs, and [themes of] apocalypse. The Jewish-Persian astrologer Mashallah, drawing heavily from his Sassanian predecessors, argued all of world history was shaped by cycles of Jupiter-Saturn conjunctions. They would be used to explain seismic political and historical changes. In the little conjunction [every] 20 years, Jupiter and Saturn would meet in a sign, indicating shifts in political winds and war. [When they shift element], it indicates the fall of empires, the rise of new dynasties, and the coming of a world conqueror. And in the supreme conjunction of 900-ish years, Jupiter and Saturn would start the cycle all over again and a messiah or prophet would appear. […]

Yet apocalyptic sentiment wasn't just used by existing empires to legitimize their rule, but also by rebellious religious groups. In the 10th century, the Jupiter Saturn conjunction in Sagittarius was used by the heretical Qarmatians to justify their uprising against the Abbasids. After all, in the theory of Abu Ma’shar, Jupiter-Saturn conjunctions also marked the rise of new religious movements — Jesus was born under a conjunction in Sagittarius (the Christmas star or star of Bethlehem), and Muhammad was born under a conjunction in Scorpio. The Qarmatians used the conjunction as a narrative tool for their movement and in explosive zeal attacked Mecca, killing pilgrims and destroying the Kaaba. It would take the Abbasids decades before they reestablished their rule. […]

Apocalypticism is hardly a new phenomenon, and while it is easy to dismiss premodern people and their beliefs, we should be quick to remember Y2K, or the 2012 claims about Mayan prophecies. Every generation imagines they are the last. As Sam Reynolds astutely noted earlier this week, apocalypticism frequently goes hand-in-hand with empire building. Historically, apocalyptic sentiment was capitalized on by would-be conquerors and deployed in political arenas to provide cultural justification for domination. Humans have turned to religion, philosophy, astrology, and science to make sense of their world from time immemorial. They’ve turned their eyes to the heavens in hope and fear, yearning to make sense of the chaos of their present and the uncertainty of their future.”

[ artwork from Mushishi: "The Green Seat" ​]